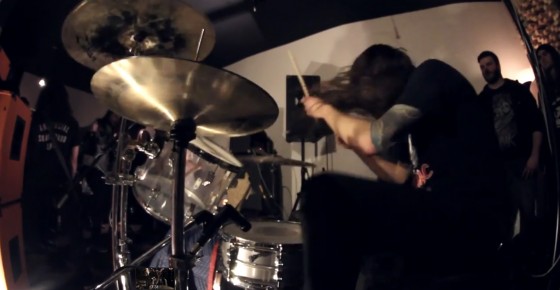 BAPTISTS TO RECORD SECOND LP AT GODCITY FOR SOUTHERN LORD
FULL RAIN CITY RECORDERS VIDEO SESSION NOW PLAYING
Following a few months off the grid after an action-packed first half of 2013, Vancouver’s Baptists, announce their return to the front lines in 2014.
With a rabid, off-kilter and totally decimating style of punk-fuelled hardcore rage, Baptists mostly broke onto the scene with their Bushcraft LP, released in February 2013 via Southern Lord, who also dropped the band’s self-titled debut 7” the prior year. The band’s potent delivery and intense live show, amidst widespread touring of the Western half of North America through much of the year saw them gaining fans of label-mates Black Breath, Dead In The Dirt, All Pigs Must Die and The Secret.
In late April, Baptists will make their return trip across the entire continent to record at Godcity Studios in Salem, Massachusetts with with Kurt Ballou engineering the album once again, as was done for Bushcraft.
Baptists recently tore up Rain City Recorders in their hometown, the studio owned by Stu McKillop, who recorded their Baptists 7”. The band ripped through a full set with an in-house audience, the meaty, twenty-six minute live session captured on multiple cameras, and their set including some brand new tracks from the upcoming album.

The Rain City session is now playing, watch via this link:

Brighton alt-rockers Thyla release sophomore EP ‘Everything At Once’