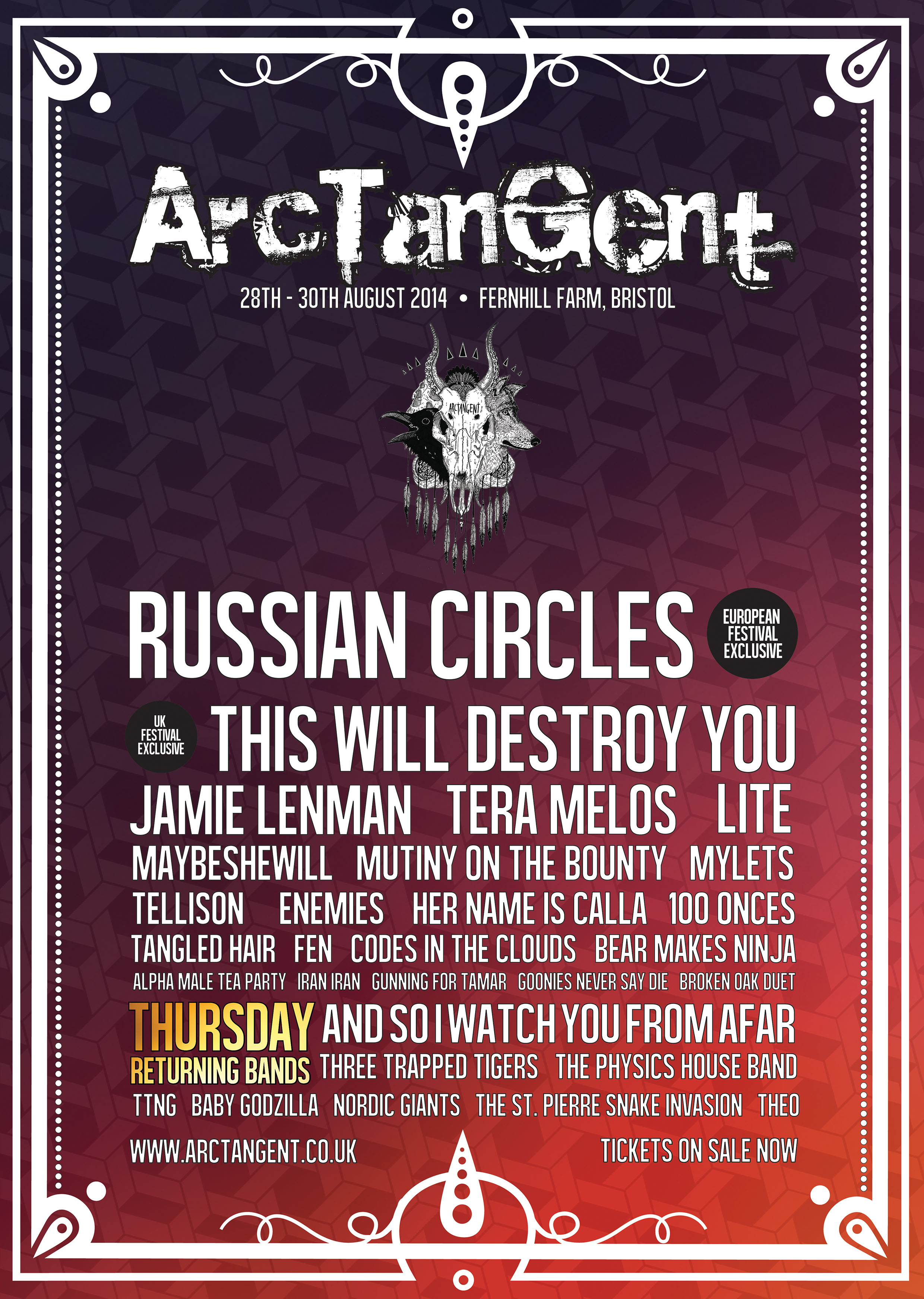 ArcTanGent will be Russian Circles’ only European festival appearance this summer and the appearance from This Will Destroy You will be a UK festival exclusive. This is expected to add a further international draw to the festival which last year saw a large proportion of overseas visitors travelling from across Europe and beyond to witness ArcTanGent’s unique math-rock and post-rock inspired line up.

The final remaining headliner will be revealed in the coming weeks.

The announcement again comes via a video made in conjunction with 7bitarcade (www.7bitarcade.com) and Laughing Duck Productions (http://www.laughingduckproductions.com).

Goc O’Callaghan of ArcTanGent says “Last week’s Russian Circles video announcement went down so well and created so much excitement that we decided to create another one, for This Will Destroy You. Combining footage from last year’s festival with an announcement has definitely encouraged ticket sales and 2014 is already going to be bigger and better than last year. These festival exclusives mean that for fans of This Will Destroy You and Russian Circles, ArcTanGent is literally the only place to be this summer.”

More bands for ArcTanGent are scheduled to be announced over the coming weeks. Tickets are available now from the ArcTanGent website and facebook page.