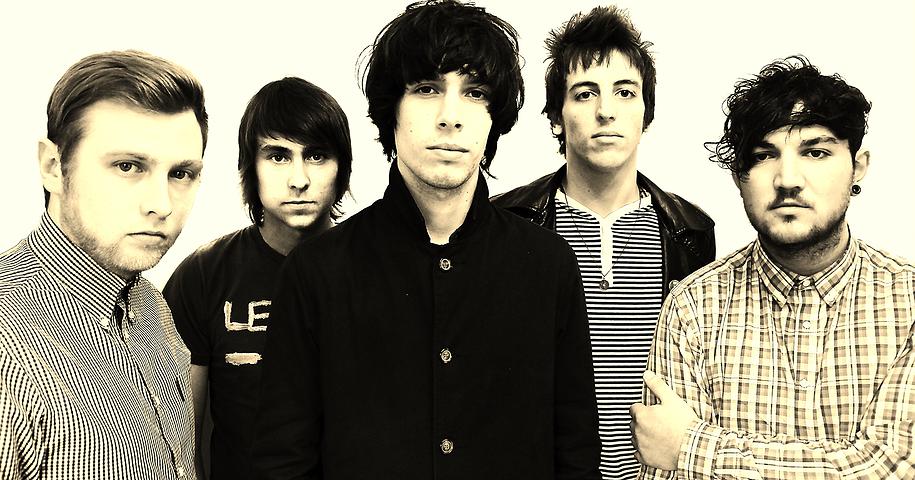 Two Weeks Running are a band fast emerging from the deep depths of the North West and set for exciting happenings in 2014.  Hailing from glamorous Bolton, the 5 piece take their cues from favorites such as The Cribs, The Strokes and Foals to name just a few. Their much talked about live performances captured from buzz built on 2013’s ‘Waste Of A Day’ saw the band leap to new and exciting heights. Steve Lamacq singled them out at a BBC Introducing master class and Tom Robinson featured them on the BBC Introducing MixTape on 6music.

In the past, Two Weeks Running have performed shows with established acts such as The Wombats, Reverend and the Makers, Tom Meighan ( Kasabian) and were extremely well received.  The recent buzz has seen local venues overflow with fans trying to catch a glimpse and this year the band are ready to serve up another offering to the table.

Now in 2014, TWO WEEKS RUNNING will release a brand new single titled ‘HOLY GHOST’ which will be released via MARTIAN POP RECORDS ( To The Bones, STILTS) on February 24th 2014. (Produced at White Bear Studios by David Page). A B-side titled “One Deep Breath” will accompany the single and music videos have been filmed for both tracks. These videos will be freely available to watch online via the band’s website and social sites over the coming weeks.

Two Weeks Running will be touring relentlessly throughout the year and will be gigging around the UK in Feb/March and onwards to support the ‘Holy Ghost’ single release.
( Updates and new shows can be found at www.twoweeksrunning.com)