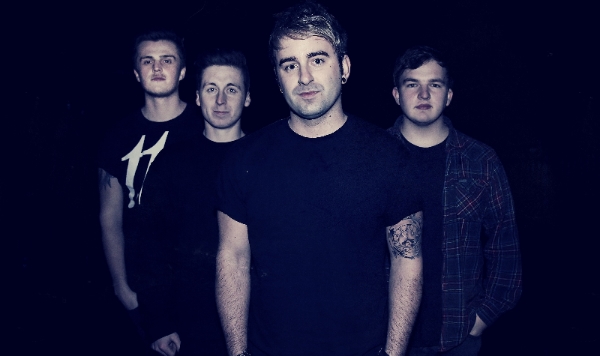 After giving a taster of their new EP with the lyric video for ‘The Early Hours’ recently, Tunbridge Wells boys CITIES are pleased to be streaming their debut self-titled EP in it’s entirety. The release is out now and can be purchased on iTunes here.

After premiering their debut with Punktastic.com yesterday, you can now stream and share the EP here: https://soundcloud.com/citiesofficial/sets/cities-ep

The band hit the road for a short run of dates with alt-rock outfit Speaking In Italics alongside Leeds grunge-newcomers Allusondrugs in February 2014 and are set to release another single with music video early March.

This debut is bursting with choruses that are longing for a sold out venue to sing along to, complete with epic backing vocals and heavy, lingering chords reminiscent of 30 Seconds To Mars on the soaring ‘You Deserve Anything’, whilst the melodic Thrice-esque lead lines of opener ‘One Of These Days’ set the bar for the rest of the release as front man Ryan Checksfield belts out the rousing closing line “It’s the last of my truth you’ll swallow“.

“We’re really proud of the EP” enthuses front man Ryan Checksfield “The songs are kind of inspired by the idea that no matter what has happened, be it good or band, there is always a way to get through things. Either alone or with others, life can be hard, but it’s how you get through it that makes you who you are. It’s taken a lot of hard work to be in a position where, as a band, we are all happy with what we have.”

Only forming just over a year ago in September 2012 they’ve already smashed their way through support slots with Mallory Knox, Lower than Atlantis, Funeral for a Friend, Arcane Roots, Max Raptor and many more, while 2013 saw the band head out on their first UK tour on a run of dates with Hildamay, as well as a whole host of support slots alongside contemporaries in up-and-comers Attention Thieves, Hey Vanity, Verses and Lonely the Brave.