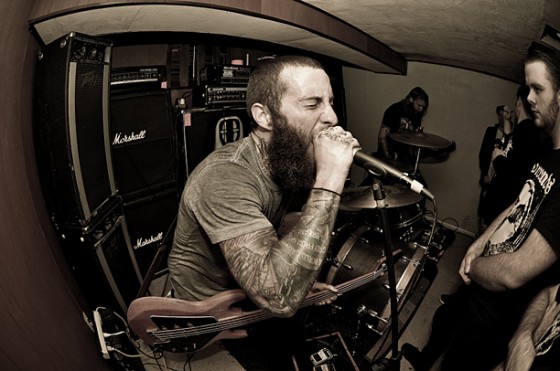 Southern Lord confirms the newest addition to their roster, as North Carolina-based trio, Torch Runner, signs on for the release of their impending second LP, which is currently under construction.
Boasting a volatile brew of metallic, downbeat punk and hardcore, Torch Runner dispatched their initial nine-track Locust Swarm EP at the beginning of 2010 which tore into the underground scene, hooking fans of bands like Early Graves, Nails, Enabler, Dead In The Dirt and similar acts. A split EP with Young And In The Way dropped in mid-2011, followed one year later by their debut album, Committed To The Ground, the brutalising, morose crust attributes of the band showing through more with each new release.
Torch Runner is currently finalising their newest works at Legitimate Business in Greensboro, North Carolina with Kris Hilbert at the control board. Upon completion, it will be adorned with original art by Fernando Pena at No Prophet Dead Press.
Stated the members of Torch Runner from the studio, “We all feel like we are really hitting our stride with the songs on this record. We’ve been a band for seven years now, and everything we’re writing is stronger than ever. This is the fastest record that we’ve written without a doubt. We’ve all put a ton of ourselves into the writing of this record on all fronts, and I think the emotion that comes with that is better shown through the music and the lyrics in this album than anything that we’ve done up to this point. We have taken our writing to a more personal level with this record; more concerned with externalizing the anger and frustration that we all face internally. While a lot of the songs deal with different specific themes, I think they can all be deconstructed to show the same idea- which is the internal battle and desolation that we face after realizing that our existence is utterly inconsequential.”
Looking into the future upon the completion of their new LP, they continue, “We’ve toured for almost the entire time that we’ve been together, but almost always by ourselves. We have done small runs with friends’ bands throughout the years, and we’ve gotten to play with lots of incredible people and bands, but for us it’s always been more about being able to experience and go through everything together. When we look back on the past seven years, and when we look forward to everything coming in our bands future, we know that everything is because of the family-like bond that we’ve formed. No matter where we are, how many people are watching, or who we’re playing with, it doesn’t change what we’re doing or why we’re doing it.”
New info on Torch Runner’s upcoming album and tour plans for 2014 will be released in the coming weeks.
http://torchrunner.bandcamp.com/
https://www.facebook.com/torchrunnernc
http://www.southernlord.com
http://twitter.com/twatterlord
http://southernlord.bandcamp.com
http://www.facebook.com/SLadmin 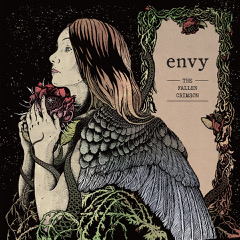 envy SHARE VIDEO FOR ‘A STEP IN THE MORNING GLOW’