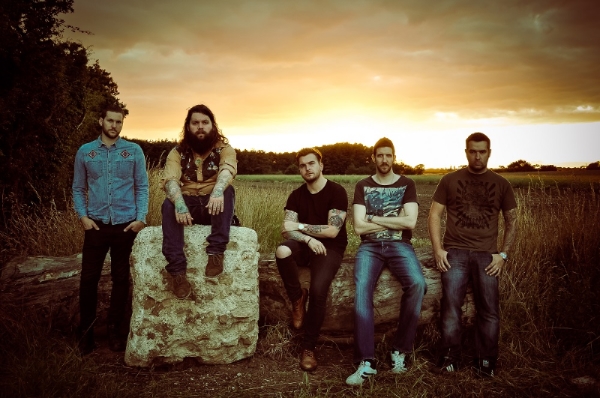 THE BASTARD SONS
(for fans of Every Time I Die, Red Fang, Cancer Bats, Clutch)

“Classic rock? Punk? Stoner? We’re not quite sure, but we fucking love it.” – Metal Hammer

Following a promising 2013 that included a UK tour with Californian heavy rock outfit Throw The Goat and an appearance at Bloodstock Festival, York-based quintet The Bastard Sons are pleased to announce that they will be releasing their new EP ‘Roads’ on 10th March via Kaiju Records, the follow up to their debut 6-track ‘Bones’.

To celebrate, they’re streaming the crushing ‘Raise The Horse’

Recorded and mixed at Edge Recording Studios by Rory Vallely & mastered at Air Studios by Ray Staff (Led Zeppelin, Black Sabbath, The Clash), ‘Roads’ is a brutish slab of heavy, punk-infused rock’n’roll that holds no punches and leaves no riff behind. The lyrical musings of larger-than-life frontman JJ range from rants about ancient warfare on the galloping battle-punk of ‘IV’ to the beer-sodden laments of monstrous radio friendly regret anthem ‘O Brothel Where Art Thou’; the eagle eared might even pick out the Game Of Thrones referencing ‘Winter’ – a timely punk love song to the Stark family of the hit HBO drama which returns in April this year.

“Lyrically I don’t write about my life, because who gives a fu** about a nearly thirty-something guy from York? I write about things that have happened, history” he explains, adding “Not as a lesson because that seems self-righteous, but things that aren’t about me. There’s been loads of teenage angst bands, and everyone’s sick of hearing it. I’m starting to write a lot more stuff about what’s happening now.”

Formed in late 2011, following a few short months of writing, The Bastard Sons played their first shows in their hometown of York where they quickly made a name for themselves. Recording and releasing their debut EP ‘Bones’ in August 2012 via Lockjaw Records and playing all over the UK brought the national press spotlight onto the band with coverage from Metal Hammer and a host of online rock blogs.

The band have their sights firmly set on 2014 with some exciting tour dates and festival news to be announced both at home and abroad, whilst guitarist Ollie reveals other plans “We’re recording a video with Ben Mills from The Smoking Hearts, he’s a great guy. We took the band out in York after we played and they like to party as much as we do. We’re still figuring out what the rest of the year will bring.”

“We’ll leave that to the big cheeses” JJ adds casually, slightly hungover and chilled “when we’re sat in our Jacuzzis lighting cigarettes with twenty-pound notes.”

‘Roads’ is released on 10th March via Kaiju Records. 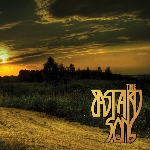