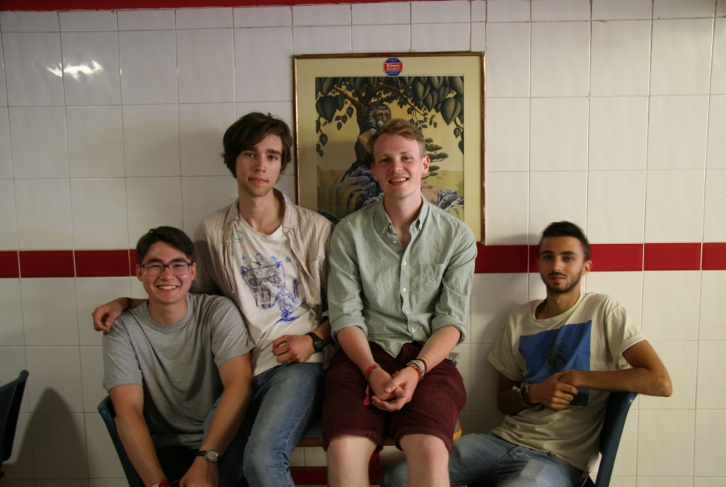 Pavement like sounds pack a big punch” NME
“… full of dry wit, and bold declarations primarily influenced by Parquet Courts.” DIY“Essentially, they’re all-round winners, ‘Insane Parties’ sounding like the gossip-fuelled comedown session in your mate’s bedroom on Sunday morning.” Noisey
Despite only playing their first show a little over a year ago, 2014 is already shaping up to be a big one for Cardiff’s Radstewart, as they announce their new EP Wiccans & Beatlemancers, out 17th March through Alcopop! Records.

Having seen their self recorded (on a physics department microphone) debut EP sell out, supporting Sky Larkin on their tour and drawing packed crowds at Green Man, SWN, and Southsea Festival, the band signed to AIM Small Label of the Year Alcopop! Records last year. Their breezy, quick-witted indie-pop has already charmed the likes of Huw Stephens, NME, DIY, Artrocker and XFM, who’ve all pledged their support for the Cardiff four-piece. Despite their sound drawing comparison to luminaries including Pavement, Weezer and Parquet Courts, their lo-fi, slacker pop is as fresh as it is irresistible.

There’s no excuse not to catch the band live, as they set out on tour with Mowbird in February, followed by a huge tour with Johnny Foreigner in March. Dates as follows:

Memorial Share Second Single “Love Is A Kind Of Sadness”