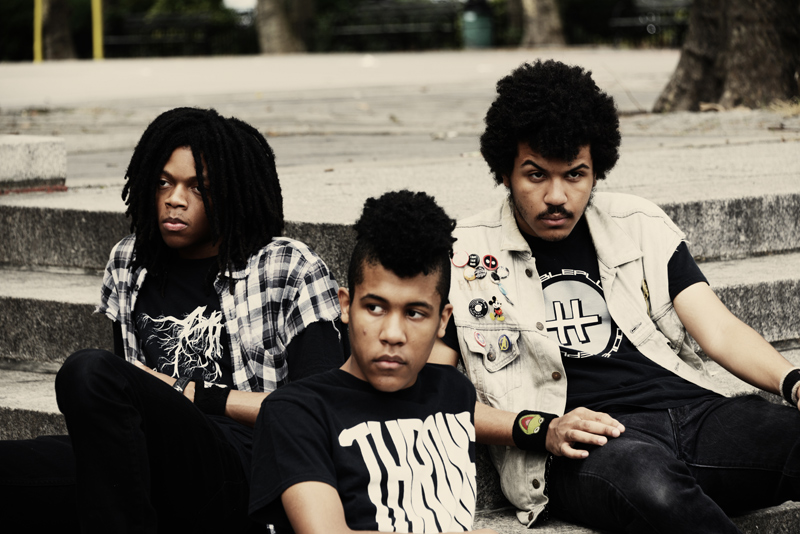 FREE DOWNLOAD FOR A LIMITED PERIOD
“Radkey are one of those bands that can only be played really fucking loud.” – Noisey

With their debut UK headline tour in their sights this month, Missouri rockers Radkey have been busy holed up in a studio in Kansas City concocting stomping new tracks that include new single ‘Feed My Brain’ scheduled for digital release on March 3rd.

Today, the trio of Brothers have revealed the next step of their tempestuous rock-fueled journey with the unveiling of their heaviest track to date, ‘Feed My Brain’ – a song that takes their amps to 11 and the band into a new league of their own, available as a free download for a limited period at www.radkey.net/feedmybrain.

“’Feed My Brain’ is a really new kind of song for us, “explains Isaiah Radke. “We took a slightly different way of song writing with this track as we’ve never made a pretty slow tempo rock really hard before. Recording it was really cool because we weren’t 100% sure if it’d sound exactly how we’d pictured it and played it live. We recorded at Westend Studios in KC with Justin Mantooth, and recording there had a lot to do with how the song ended up sounding tone wise. This new single definitely means a lot to us.”

‘Feed My Brain’ was mixed by Ross Orton, whose incredible studio sessions have graced records with prestigious acts such as Wet Nuns and Drenge, and production on the latest Arctic Monkeys album.

“It’s been a real pleasure to work with this band,” says Orton. ”Radkey have channelled the energy of their exciting live shows into these refreshingly ‘heavy’ new songs. ‘Feed My Brain’ boasts a solid rhythm section backed up with attitude and great strong melodies delivered with power. “

That same power can also be found on the B-side of this single from the same studio session, as Radkey recorded their own version of Faith No More’s classic track, ‘Digging the Grave’. Catch them on tour throughout February to hear these new songs and tracks from their two previous EPs for a raucous night out you will never forget.

Support comes from Turbogeist and Lyger on all of the dates. Tickets are on sale now, £10 advance in London, £8 in advance for regional shows from www.livenation.co.uk or www.ticketmaster.co.uk.