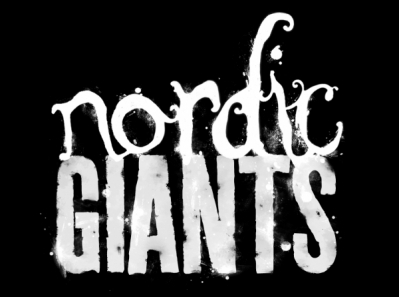 ANNOUNCE TOUR WITH
GOD IS AN ASTRONAUT IN MARCH 2014

Brighton-based Nordic Giants are an instrumental electronic rock duo. The band faced critical acclaim following the release of their double EP ‘Build Seas/Dismantle Suns’ in October 2013 and have just announced the support with Irish post-rock quintet, God is an Astronaut, in March.

Nordic Giants may be elusive, but they put on one hell of a show. Adorning feathered masks, extrinsic make-up, and routinely switching instruments, they deliver their haunting soundscape against the poignant
backdrop of award-winning visuals.

With recent highlights for the band including BBC’s Ski Sunday and coverage of the Sochi Winter Olympics, as well as collaborations with Alex Hedley, Cate Ferris and Freyja, these compelling shows are not to be missed. 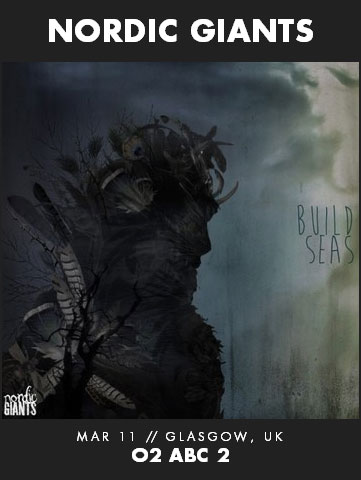 March 2014 dates below with ticket links:

“Truly inspirational, a must see for all music lovers and film buffs”
– Bram Ttwheam Aardman Animations

“A stirring and somewhat celebratory call-to-arms, taking in a sweeping orchestral backdrop, propulsive percussion
and a hugh final crescendo that will transport you just about anywhere you wish to go”
– Gold Flake Paint

“Powerful, emotional and thought-provoking, their music will draw you in to a painstakingly constructed world of astonishing beauty.”
– The Monolith

“Poignant and powerful, dark and uplifting. Whether live action or animation, experimental or narrative, each resonates
and will stay with you in its own way…Seeing Nordic Giants has been described as akin to a religious experience: the multi-screen visuals,
powerful strobes and exquisitely timed accompaniment create a whole that is far great than the sum of its parts.”
– 247 Magazine