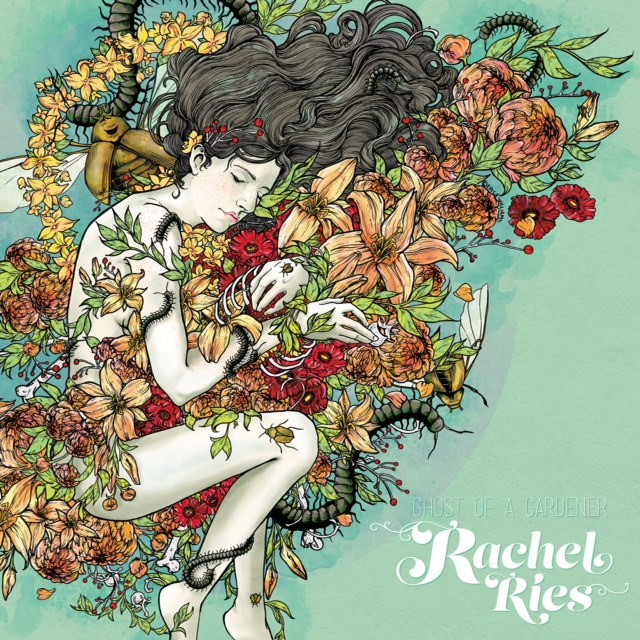 Rachel Ries
‘Ghost of a Gardener’, Out March 24

Daughter of Mennonite missionaries, Rachel Ries hails from the inspiring, vast expanses of South Dakota, by way of Zaire. Her formative years were filled with Congolese spirituals, Mennonite hymns and her mom singing her to sleep with The Carpenters. Currently splitting her time between rural Vermont and New York City, Ries, returning from a four years-long hiatus, is releasing her third long player, Ghost of a Gardener, on March 24 via her own label SoDak.

Comprising ten original songs, the album examines the contrasts between rural simplicity and urban isolation as well as strains of regret over her self-imposed career halt. Rachel’s voice at times echoes that of Regina Spektor or early Maria Muldaur and Ghost is full of thoughtful and inventive arrangements ranging from fingerpicked melodicism paired with sweeping strings to the strut of Merle Haggard and the dirge-rock of Neil Young.

Since 2008’s Country EP, a split 45″ with Anaïs Mitchell released on Righteous Babe Records, Ries (“reese”) has recorded and toured extensively with Mitchell supporting Bon Iver and others. She was granted a Chicago Arts award in 2010, worked in a Chicago theatre, toured Europe and the States, learned how to repair Wurlitzers and (kind of) play the drums.

The release of Ghost of a Gardener will see Rachel tour both home and abroad in 2014/15 with extensive touring in mainland Europe, Australia and beyond.

KONG, Castrovalva, That Fucking Tank and Shield Your Eyes 10″/DL