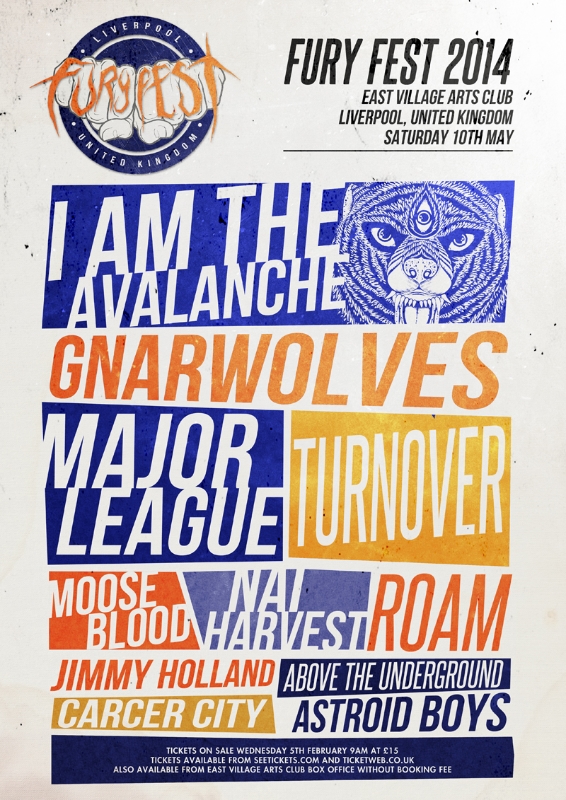 After a highly successful 2013 outing, the FURY FEST punk and hardcore alternative music all-dayer is back for 2014 in a brand new home at Liverpool’s prestigious East Village Arts Club venue on Seel Street. Expanding on the one room 2013 event, this year sees promoters I Love Live Events moving into the recently refurbished Arts Club and taking over two rooms with their biggest line up so far.

FURY FEST 2014 are delighted to reveal that New York punks, I Am The Avalanche, will headline the second stage for the second year of the indoor festival.

I Am The Avalanche are the latest project from Drive Thru Records’ Long Island melodic hardcore legends The Movielife, led by ever charismatic singer-songwriter Vinnie Caruana. Despite being a Yank, Caruana himself is a die-hard Liverpool FC fan, so the band were the perfect fit as headliners for this year. Watch the video for rousing single ‘Brooklyn Dodgers’ here: http://youtu.be/Z8a1ityx7s4