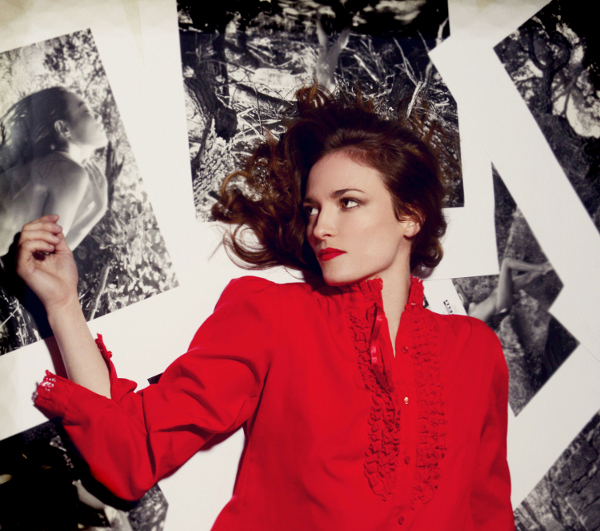 Brooklyn-based, Louisville-bred, songwriter, Dawn Landes, has premiered the video for the title-track of her new album Bluebird. The video, directed by Christina Ludwig, featured Brooklyn flex dancer Storyboard P, recently featured in The New Yorker.  Of casting Storyboard P, Landes said, “I first saw him dance at a party in New York where we were both performing. He walked in the door and just started moving to my song. It was mesmerizing, I’d never seen anyone move like that before. They call him the Basquiat of Street Dance, but I think of him more along the lines of Charlie Chaplin or Pina Bausch… he’s a real story-teller.”

Dawn will shortly be announcing a string of UK dates to support the album. In the US, Dawn has recently announced tours with Steve Earle, The Autumn Defense a tour of North America supporting Bryan Ferry.

Bluebird, available February 18 on Western Vinyl, was co-produced with Thomas Bartlett (Doveman), known for his work with Yoko Ono, The National, Glen Hansard, Antony and the Johnsons and Rufus Wainwright.  A stunning and intimate record, rich with emotion and full of vitality, Bartlett’s spartan production brings an openness to Landes’ songs that makes them easy to connect with. The title track features contributions on piano and backing vocals from Norah Jones. The album also features the talents of Rob Moose and Tony Scherr.

Landes said of the record, “People will say this is a break-up record and I won’t deny it. I went through a painful divorce. I suffered and I cried and after the crying stopped the songs started to come.  This album is the rainbow after the storm. When a relationship ends, both people walk away hurt. It just so happens that both of us wrote albums in the aftermath. I am stronger now and I can only hope that these songs might bring strength to anyone going through the kind of heartache that I did.”

Landes has collaborated in the studio with contemporaries like Will Oldham, Justin Townes Earle and ex-husband, Josh Ritter, toured with such artists as Feist, Andrew Bird, Beth Orton, Hem, Midlake and Ray Lamontagne, while also appearing with The American Songbook Series, Boston Pops and with the NYC Ballet at Lincoln Center, singing as part of composer Nico Muhly‘s score.