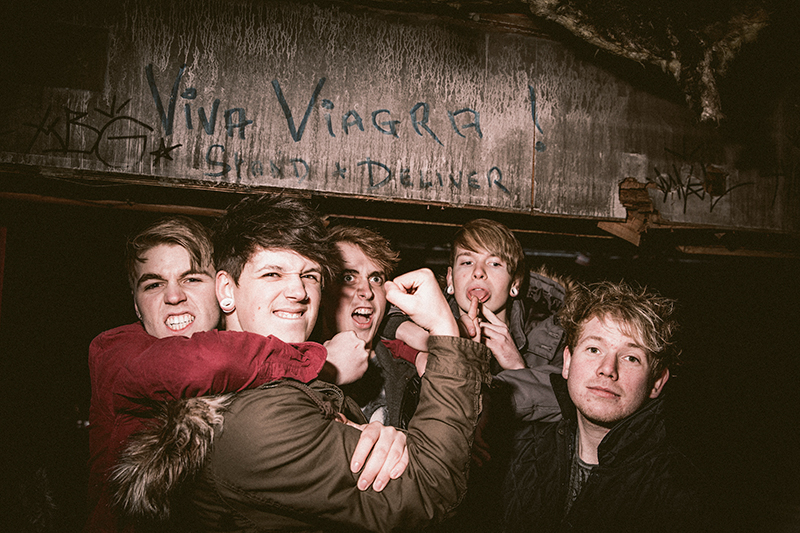 BENTLEY PARK
(for fans of Pierce The Veil, Sleeping With Sirens)

– ‘All The Fists In The World Won’t Save You Now’
Video Premiere With FRONT Magazine
http://youtu.be/-IYPEo2TdI4

All The Fists In The World Won’t Save You Now is the first track to be taken from Bentley Park’s forthcoming debut EP, set for a spring 2014 release. The atmospheric video featuring alt-model Jessie Regan premiered on the FRONT Magazine website last night and the band will be on tour in March supporting Octane OK on their album headline tour dates (see below for full details).

Watch and share the ‘All The Fists…’ video here: http://youtu.be/-IYPEo2TdI4

With their roots in York but currently split across their hometown and Manchester, Northern quintet Bentley Park spent the first few months of their inception honing their craft in the studio and playing a select few UK live dates to sharpen their riffs and tighten any loose bolts.

Formed in 2011 from a desire to break out of the generic pop punk rut that they had found their previous band stuck in, the fresh-faced five piece instead turned their hand to something heavier and have just finished recording their debut EP, mixed by Dan Korneff (My Chemical Romance, Pierce The Veil, Sleeping With Sirens, Paramore) and featuring a guest appearance on one track from Sam Graves (With One Last Breath).

Already turning heads with their unique style of UK post-hardcore that blends precision riffage and melody, they borrow in equal parts from both heavy music and pop. With a sense of the theatrical backed up by dry, witty lyrical observations from front man James Shaw, the band have found themselves a natural born star. Amiable off-stage and a charismatic ball of energy when performing, Shaw has a vocal range to match his song-writing credentials that impresses on record, but truly really shines in a live setting.

Bentley Park will be announcing more tour dates and festival appearances, as well as details of their debut EP and further singles, over the coming months.