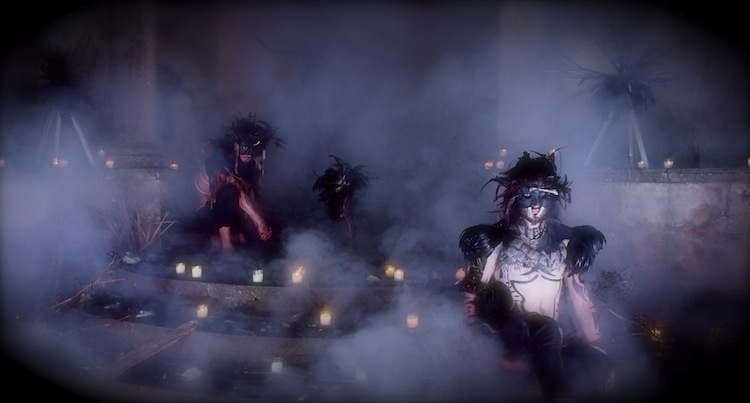 Having collaborated with a plethora of talent including Alex Hedley, Cate Ferris and Freyja, Nordic Giants is an experience far beyond the imagination of the hunter-gatherer.

Following the release of their double EP Build Seas/Dismantle Suns, the elusive duo are preparing to release their debut album in the Autumn of 2014. Prior to that they shall deliver their unique audio visual experience to stages across the UK/EU in February and shall be releasing a series of singles to whet people’s appetites.
FULL DATES AND INDIVIDUAL TOUR TRAILERS:
17th February – Nottingham Bodega: http://youtu.be/I2mhAmd4ieo
18th February – Manchester Ruby Lounge: http://youtu.be/jdDGaCCYthk
19th February – Glasgow King Tuts: http://youtu.be/VbGXLz8xFCg
20th February – Leeds Brudenell: http://youtu.be/YuozbnBxF3Y
21st February – Bristol Thekla: http://youtu.be/ulDz8ZnRuTg
(ticket buying link here: http://bit.ly/NordicGiantsTickets)
Please note, a very unique London show is in the pipeline and will be announced later this month, so stay tuned for further updates, meanwhile, more live footage can be viewed on the following links:
http://tinyurl.com/nordicgiantslive
http://tinyurl.com/nordicgiantslive2
“A stirring and somewhat celebratory call-to-arms, taking in a sweeping orchestral backdrop, propulsive percussion and a huge final crescendo that will transport you just about anywhere you wish to go.” – GOLD FLAKE PAINT

“Powerful, emotional and thought-provoking, their music will draw you in to a painstakingly constructed world of astonishing beauty.” – THE MONOLITH

“Poignant and powerful, dark and uplifting. Whether live action or animation, experimental or narrative, each resonates and will stay with you in its own way…Seeing Nordic Giants has been described as akin to a religious experience: the multi-screen visuals, powerful strobes and exquisitely timed accompaniment create a whole that is far greater than the sum of its parts.” – 247 MAGAZINE