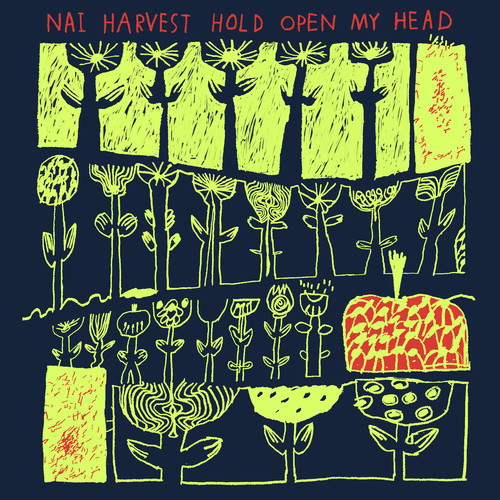 Nai Harvest’s new video for the title track off their upcoming Hold Open My Head EP is premiering on Stereogum. Check out here: http://www.stereogum.com/1644781/nai-harvest-hold-open-my-head-video-stereogum-premiere/video.

The much –anticipated forthcoming EP from UK duo Nai Harvest will be released on March 4th in the US via Topshelf Records and March 3rd in the UK via Dog Knights Records.

Considerably less shout-y and more indie rock-leaning than their debut full-length ‘Whatever’– Hold Open My Head demonstrates a more calm and self-assured side to a band growing in stature and reputation on record and live.

Following a packed out UK tour with Gnarwolves in December 2013, the two-piece have been confirmed for Bristol’s Hit The Deck festival as well as support slots for Real Friends, You Blew It! and Modern Baseball’s UK tour in May.

What others are saying about Nai Harvest:

“blooms into a vibrant angst-ridden pop song when the chorus hits. I’m still picking up a Lemonheads vibe from these two, which is just stupendous. Maybe a little Soul Asylum and Nirvana too? Pick your own delightful ’90s reference point…”- Stereogum