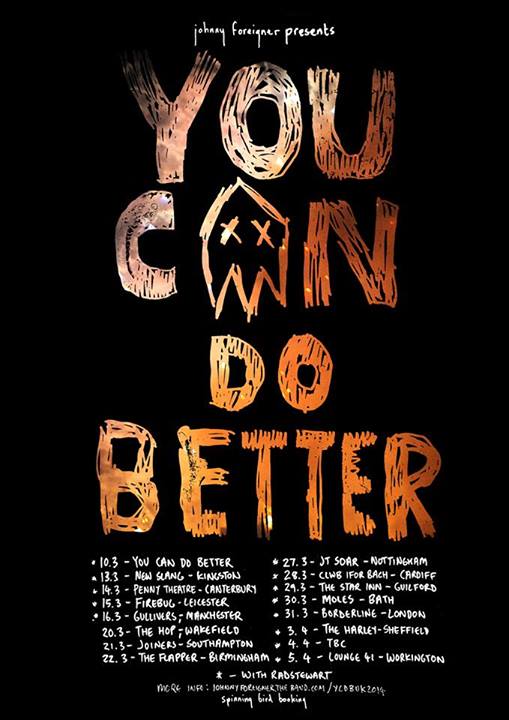 Johnny Foreigner have just announced details of their forthcoming album, set for release March 10th via the wonderful Alcopop! Records. ‘You Can Do Better’ is the fourth album from the Birmingham talent and its first single, ‘Le Sigh’ is streaming below-

In support of the release the 4 piece have also announced UK tourdates with support from the boys in Radstewart.