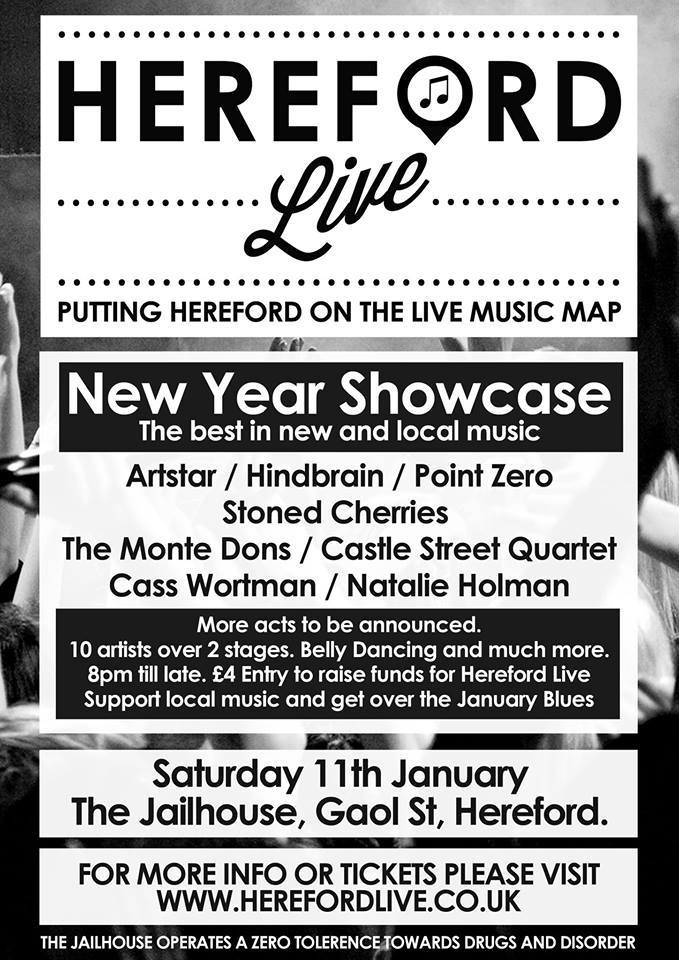 Back in August of last year we introduced you to the new Herefordshire community group Hereford Live. A group of dedicated people joining forces and determined to put Hereford on the live music map.

The Hereford Live group have been meeting regularly, discussing ideas and planning strategies to revive live music in the county. The group is formed of bands, venue owners, promoters and music fans who would love to see a return to Hereford playing hosts to touring household names.

Following their successful launch night at The Jailhouse on Wednesday 25th September- the team are back with their next live night and wide array of local talent. This Saturday January 11th The Jailhouse, Hereford is home to Hereford Live’s New Year Showcase.

Taking place at The Jailhouse in Hereford, with the first band taking to the stage at 8pm- and bands playing across 2 stages throughout the evening. This is a local event we urge you to support.

Entry is £4 and proceeds will  help fund Hereford Live and continue to support live music in Hereford.

Get your tickets now- www.eventbrite.co.uk/e/hereford-live-new-year-showcase-tickets-9618179233?aff=eorg

Neil McLaren single ‘Middle Of It All’ out now!