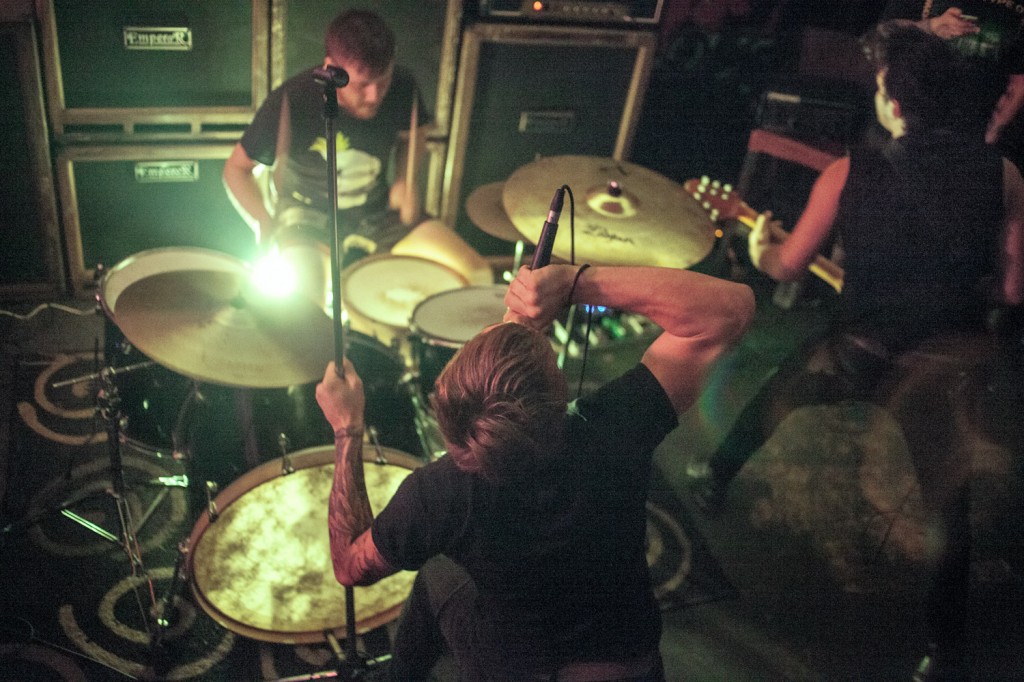 Ferocious Florida hardcore unit Centuries exploded into our consciousness and attacked our senses in August 2013 with their Southern Lord debut full length, Taedium Vitae. At the time of announcing this record, we did say that we hoped they would return to Europe in support of this record, having previously toured in 2012 with Poland’s Drop Of Lies, today we are very pleased to announce that Centuries have confirmed a mammoth tour across continental Europe and the UK, with Fjort, Esoteric Youth and Blank on specific dates.
Here are the tour dates so far… 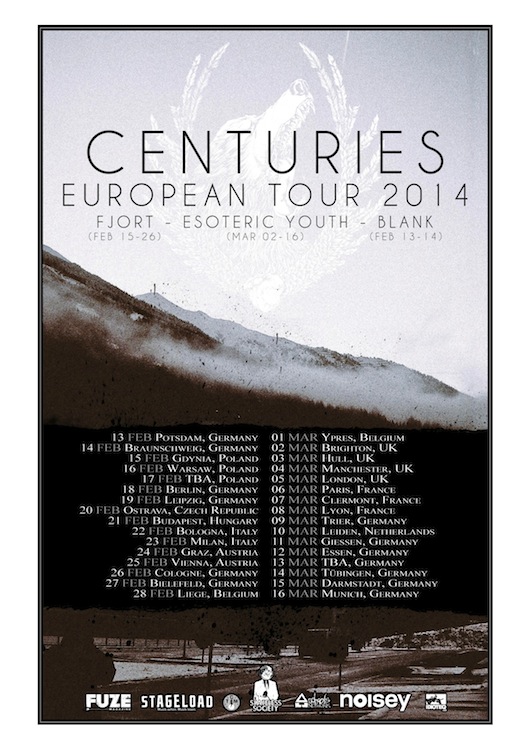 ABOUT THEIR DEBUT, TAEDIUM VITAE…

They might be young, but they have already gained great reputation in their home state for being one of the most sincere, intense and hardworking bands, what’s more, on Taedium Vitae, they have carved a bold and assured sound which would lead anyone to believe they have been cutting their teeth for decades already.

“Centuries do what they do with incendiary passion and ire, and bulldoze through all doubts in the process. Another excellent dose of abrasive hardcore from the Southern Lord stable.” – ROCK A ROLLA “Glass half empty or half full? For Florida’s Centuries, the answer is almost certainly “smashed into tiny shards”…Centuries concentrate on expressing violent anguish at breakneck tempos, as intense as a high-speed car smash. There’s no let-up, no pause for breath and no hope…Now that’s what K! calls emotional hardcore.” – 4K KERRANG! “A relentless barrage of detonated emotional and sonic intensity, constantly on the verge of collapse and disintegration into chaos. It might testify for a lot of pain, but it is definitely beautiful to listen to…Centuries have just started, and Taedium Vitae is already up there with say, When Forever Comes Crashing…Taedium manages to push the envelope just this little bit further into the abyss the same way Comity did when their debut came out in 2002.” – METAL HAMMER “The filthy overdriven guitars and ragged vocals spew out at a furious pace.. it’s a good shot of adrenaline in the arm.” – ROCKSOUND

“The songs form a cohesive barrage of anger as they slip seamlessly into one another. Vocally, it’s beyond raw and it’s easy to imagine there was blood dripping from the microphone at the end of the recording sessions.  Centuries may be tired of life, but this album is proof that there’s still plenty to be thankful for.” – MUSIC OMH

“Taedium Vitae is loud, raucous, intelligent, and short. All in all, a great listen. In the end, that is all that matters, right? Here’s to hoping Centuries has a long career ahead of them. Pick them up. You will be glad you did.” – ECHOES AND DUST

“Taedium Vitae is a striking and thrilling experience which burns physically and mentally whilst casting a wash of pleasure and satisfaction which marks the band as the future of hardcore.” – RINGMASTER REVIEWS