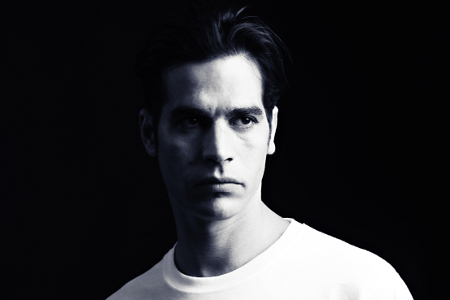 Blackfield will be embarking on a five date European tour in February.  The dates will see Aviv Geffen and Steven Wilson reunited for their first live dates together since the release of IV, the fourth Blackfield album that was released earlier this year.

The album, which also featured guest appearance by Suede’s Brett Anderson, Jonathon Donahue from Mercury Rev and Anathema frontman Vincent Cavanagh, was described by Record Collector as ‘a record that has an elegantly timeless and melodic grace to it’ (****). Terrorizer stated that ‘Blackfield IV is as rich sonically as it is musically. With countless moments of utter inspiration, this is creative liberation’ and Prog said it was ‘a melancholic and heartfelt collection that is occasionally stunning and often uplifting.’

Blackfield was started by Aviv and Steven in 2001 and have previously released the critically acclaimed albums Blackfield (2004), Blackfield II (2007) and 2011’s Welcome To My DNA.

Since Welcome To My DNA, Geffen’s profile has continued to rise and Aviv has worked with legendary producers Tony Visconti and Trevor Horn, played live with U2 and Placebo, and has been a judge on the Israeli TV show, The Voice.

Aviv contributed the writing and vocals on Blackfield IV, with Steven Wilson – who also mixed the album – adding guitar and vocal parts.

The tour kicks off at Koko in London on February 5th before going on to visit Paris, Amsterdam, Berlin and Paris. More details and ticket buy links can be found at www.blackfieldmusic.com

Constellation Records welcome Montreal quartet Ought to their roster‏