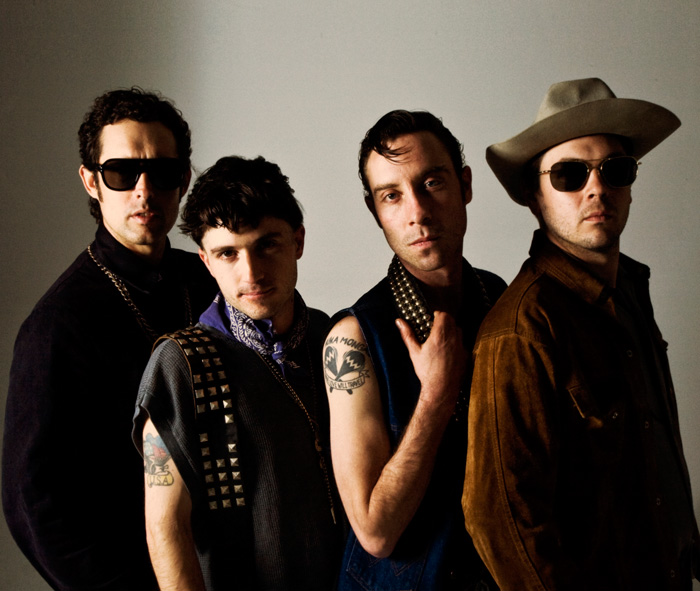 Atlanta’s beloved sons the Black Lips have confirmed a string of European dates to happen this coming May and June, with more dates to be announced over the coming weeks. The band will be thrilling converts and making new friends along the way with their highly-anticipated new album ‘Underneath The Rainbow’ in tow, due for release via Vice Records on March 17th.

Last week saw the release of the video for ‘Boys In The Wood’, directed by Matt Swinsky and the ATL Twins. This week the band have released behind the scenes footage from this NSFW video that includes film of what went down in the woods with the boys.

Check out the behind the scenes video here:

Recorded in a variety of locations over the course of 2013, ‘Underneath The Rainbow’ started life at Dunham Studios in New York to record initial tracks with Dap Kings music director Tommy Brenneck (Cee Lo, Charles Bradley). The group then decamped to Nashville to record several songs with Patrick Carney of The Black Keys producing, finally rounding out the album with a couple of songs co-produced with lifetime Lips recording collaborator, Ed Rawls. The resultant collection was mixed by Grammy winner Jimmy Douglass (Justin Timberlake, Snoop Dogg, Bjork) and features artwork shot by legendary photographer Mick Rock (David Bowie, Queen, Lou Reed). ‘Underneath The Rainbow’ is, without doubt, the group’s most cohesive effort yet, drawing on all of the wild abandon that makes the Black Lips so special and exciting and channelling the energy into twelve classic songs.

Catch the Black Lips at the following dates:

More dates to be announced.

Pre-order iTunes link for ‘Underneath The Rainbow’
http://smarturl.it/BlackLips-UTR

Purchase link for ‘Boys In The Wood’ single
https://itunes.apple.com/album/boys-in-the-wood-single/id794865887