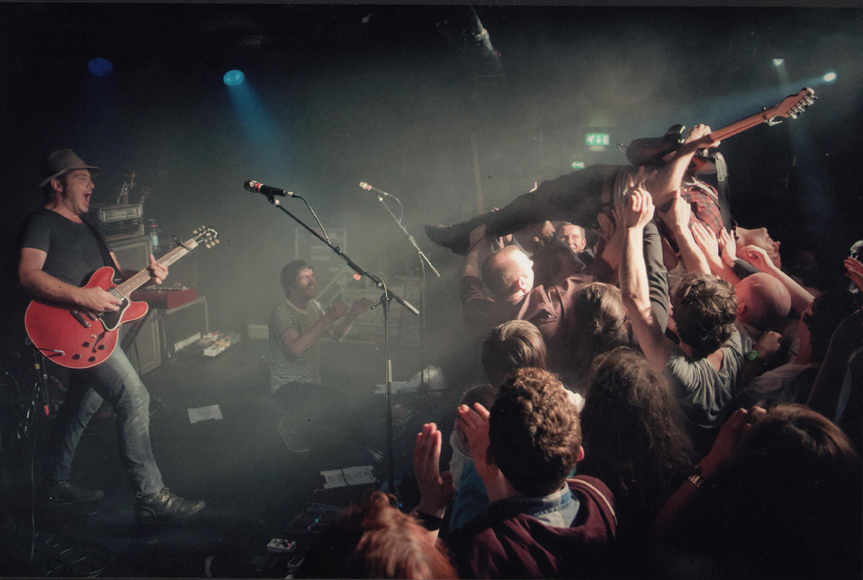 VIDEO: A LOOK INSIDE ‘AUGUSTINES’, THE ALBUM:

Augustines are proud to announce that they will revisit the UK for their ‘Walkabout Tour’ this April and May. These twelve new live dates, starting in Leeds on April 10th, will also showcase new tracks from the trio’s self-titled second album scheduled for release via Votiv/Caroline International on February 3rd.

This epic new album was formed from thousands of miles on the road and years of memories on a journey that most would have given up on. Recorded with co-producer Peter Katis (The National, Frightened Rabbit, Interpol, Jonsi) at Tarquin Studios in Connecticut, you can hear that triumph flowing through its songs as explained in their new video today that was shot during the making of their second album ‘Augustines’.

“This was us moving on together,” says drummer Rob Allen. “It was wonderful to come through the other end and record a new record. It was a huge accomplishment and it looks towards a brighter future for us all.”

Order the new album ‘Augustines’ at http://po.st/AugustinesStore and see their heart-warming live shows on their UK ‘Walkabout Tour’ at the following dates.

Tickets will be available at Noon on Monday 27th January from the bands’ website http://po.st/WalkaboutUK before general on sale on Wednesday 29th January.