On Thursday 24th April 2014, aspiring artists from across the West Midlands will assemble at Birmingham’s prestigious LG Arena, for OMG Live. This will be a celebration of the high level of musical talent in the area, and a chance for young musicians to perform on a stage that has recently played host to some of the biggest names in the world. The event organisers, EMO Ltd., have asked each local authority’s music hub to select an up and coming local act worthy of the honour of performing at OMG Live.

Now, the search is on to find the artist who will represent Herefordshire at the event, the next in the line of fine musical exports from the county following on from Mott The Hoople, The Pretenders and more recently of course, Ellie Goulding. With that in mind, The Music Pool in association with Herefordshire Music Service is proud to announce OMG Herefordshire. This will see local artists compete for the chance to perform at the LG Arena in April as Herefordshire’s chosen artist.

Cliff Woollard, Head of Herefordshire Music Service, has this to say: ‘This is a great opportunity to raise the profile of popular music-making by Herefordshire teenagers; together with the chance for one artist/band to perform at the LG Arena alongside current popular music artists, this is a chance in a lifetime!’

The process opened on Wednesday 6th November, and all prospective performers have to do to enter is record a video of themselves performing a song (an original or a cover), upload it to YouTube and submit the link via The Music Pool web site (www.musicpool.org.uk). Online submissions close on Monday 6th January at 5pm, and all performers must be 19 or under on the date of OMG Live (24th April 2014) to be eligible. Once all the videos have been submitted, the performances will be opened to a public vote, and the top two artists from the vote along with 4-6 others selected by a panel of local professionals will be invited to an OMG Herefordshire live showdown at The Courtyard Centre for the Arts in Hereford on Sunday 2nd February 2014, where the panel will select the act who will go on to Birmingham.

The judges panel will be made up of Anthony Murphy (member of successful local group The Anomalies and one of the co-owner of The Jailhouse), Cliff Woolard (Head of Herefordshire Music Service), Jenny Frost (Leader of Hereford Soul Choir), Pete Nosworthy (Organiser of nationally renowned Nozstock Festival) and Lisbee Stainton (Hereford-born singer-songwriter, who will be touring again with Seth Lakeman in early 2014).

As well as the performance itself, OMG Live will include a number of masterclass sessions for all the participating artists, led by professional musicians, so there will be opportunities for them to hone their skills, gain valuable tips and even potentially make useful contacts for the future as well as a chance to make a name for themselves on stage.

Interested artists are encouraged to start practicing, as the volume of applications is expected to be high, and the competition strong, but ultimately, the act that goes on to Birmingham will not be the one with the glossiest video submission or even necessarily the highest number of public votes – it’ll be the act with the highest standard of performance.

Think you’ve got what it takes?- Well we do so get submitting now- http://www.musicpool.org.uk/omgherefordshire/

Circuit Sweet wishes all of you young budding musicians bursting with potential all the luck!- Make us Herefordians proud. 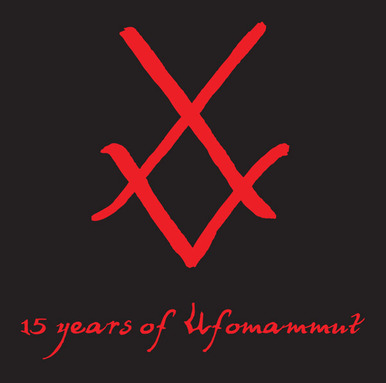