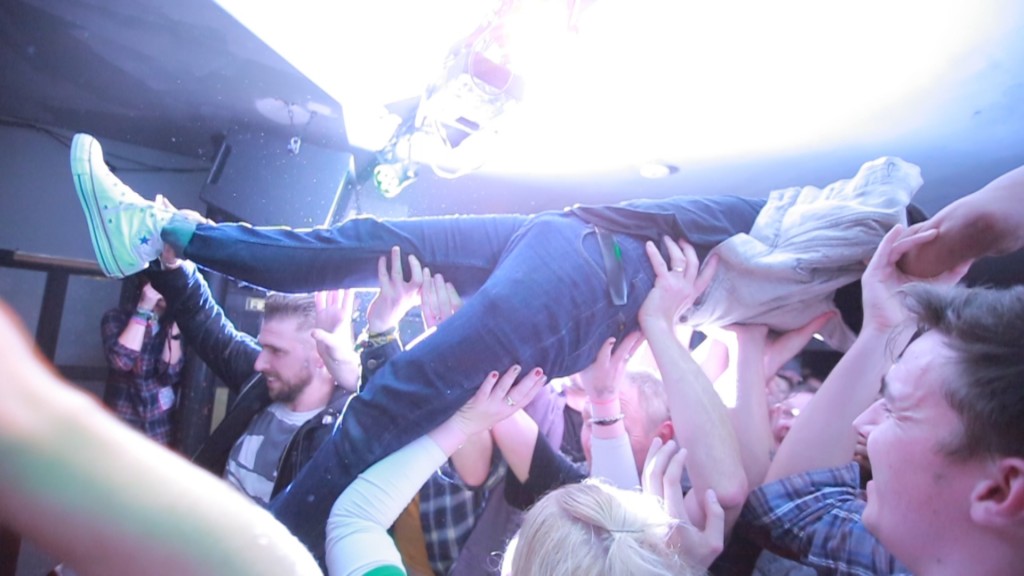 “One of the three best new rock bands of the moment.” – The Guardian

“Radkey my new favourite band & will be yours too soon!”  – Zane Lowe

“Radkey are about to rival Pond as purveyors of the best riffs in modern rock.” – NME

Following the release of their second EP, ‘Devil Fruit’, Radkey release their excellent new video for “Start Freaking Out” today featuring footage shot from their UK tour. The video was directed by William Rees with additional camera work by Chris Warsop filmed at shows in Brighton, Cambridge, Manchester, Stoke and London.

“We’ve always wanted to do a live performance type of video, and the UK tour was the perfect time to do that.” says bassist and vocalist, Isaiah Radke. “Our good buddy Will who we met on our first trip to England (We connected over Zelda) really dug “Start Freaking Out” and came up with the idea of making it happen. We spent some of the best weeks of our lives on our first UK tour. We’ve noticed that in England, everyone’s a lot more enthusiastic about American guitar music so it was a blast. Tons of people showed up to the shows and they were all pretty energetic so it was the perfect time to film a video. Plus we crowd surfed for the first time in England. Some of that’s in the video so we’re pretty stoked about it.”

With two stomping EP’s, a full UK tour, Download Festival and Jools Holland ‘Later.. ‘ performances and incredible support by the British music scene for their explosive blend of punk rock ‘n roll, this trio are hotly tipped for great things in 2014. Find them at www.radkey.net