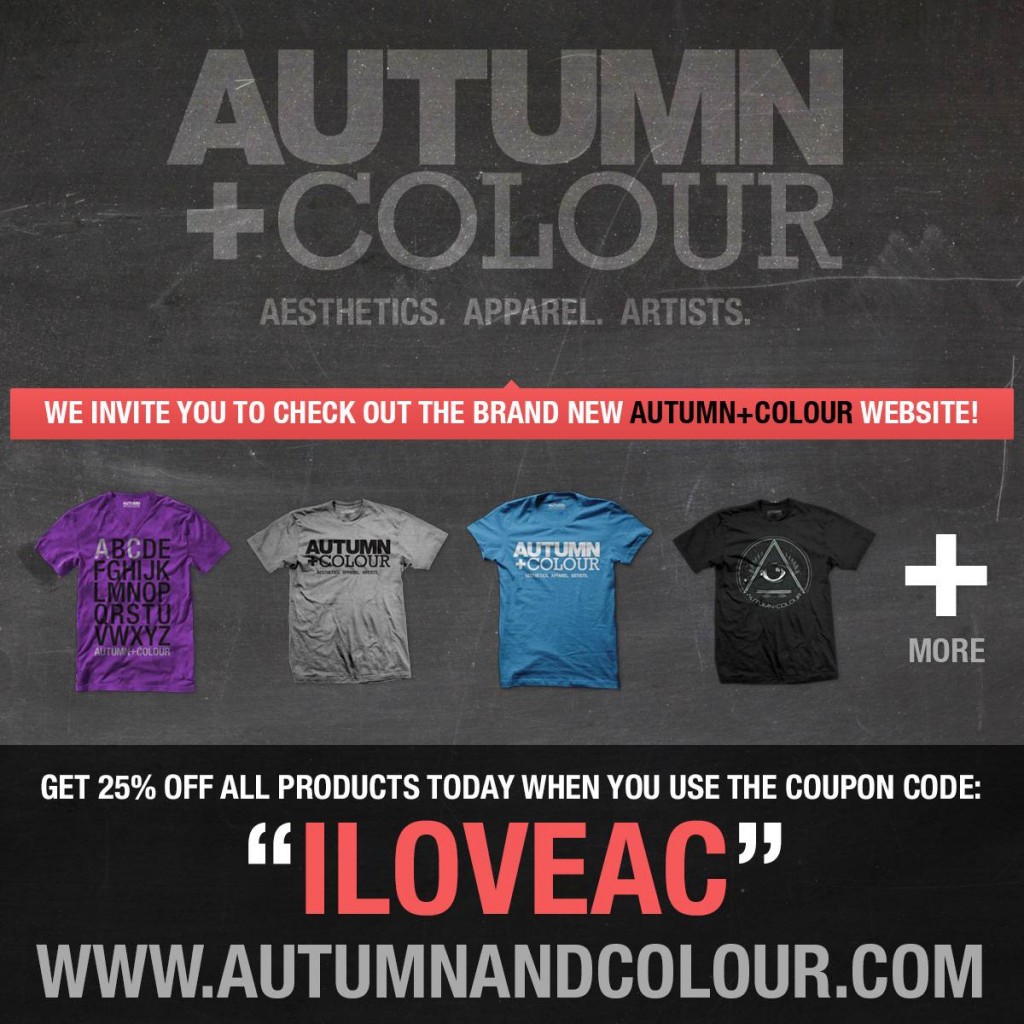 Autumn + Colour was established in late 2011 to bring a new approach to how musicians and record labels work together to distribute and market music in today’s music industry. Having achieved this goal, Autumn + Colour felt that it was time to expand the company, and reach into additional markets that have interested the founders for many years. In the expansion, the company has introduced this new apparel line of graphic tees and hats, branding Autumn + Colour as a movement in the entertainment industry. Not only will Autumn + Colour Records continue to play a vital role in the company’s future, it will explore new avenues. Autumn + Colour Publishing will be introduced, releasing fiction and nonfiction books from various genres of interest. The company will also introduce Autumn + Colour Films; releasing and promoting documentary and feature films from independent film makers from around the world.

Autumn + Colour has launched a new website, and added a third business partner to their growing empire; George McMullan, who is also a guitar player for the punk-pop band Look Alive. McMullan was brought on as Head of Design+Development and is the mastermind behind the design and functionality of the new website. “We built a website that is very clean, simple, and user-friendly. We also have plans to create a mobile version of the website in the near future. We are very excited to see this all unfold and we hope you are too. Please check out the site and sign up for our mailing list to stay up-to-date on news and to receive exclusive discount offers,” explains McMullan. The company is taking on a new face with the introduction of the Autumn + Colour Apparel line, that George will play a key role in developing.

The company business model has been developed to introduce arts and entertainment to the world through music, film, literature and art. “Autumn + Colour has always been about the beauty of the arts that tend to play such a relevant part of our life story. When you hear a song, see a film or a photo, you are immediately transported back through time to an associated moment that you shared with that particular piece of art. We are excited to represent and feature some of today’s most creative minds as we rewrite the rules to the game,” said Todd Richard Stevens. He goes on to say, “The world is filled with extremely talented artists from every avenue of the entertainment industry; that for one reason or another, are never given the chance to express their art on the world stage. We want to be that catalyst for those artists and assist with getting their projects out for people to enjoy.” As the company continues to grow and gain market shares, the three partners will continue to operate with common ethical business principles. From the very beginning, the company was well constructed to give the ownership back to the artists.

As Travis Groo explains, “Our success has come from perseverance, hard work and daily repetition. This hasn’t been easy, considering how the traditional music industry is struggling, but it has been worth it. I can’t imagine myself not pursuing this. We have a very clear vision for our future, and we are privileged to have worked with so many great people so far.” The new look is merely a glimpse of what is to come. In an age where everything is changing so quickly, this is A Beautiful Change in a industry that is so desperately searching for an alternative. Just two short years as a company, and nearly two dozen artists later, Autumn + Colour is just getting started.

Burns Like Fire is a upstart punk rock n roll act outta Athens, Georgia. Comprised of ex-members of Guff, KarbomB, and Celerity; Burns Like Fire blends melodic punk rock with aggressive, anthemic vocals. Hitting the ground running in 2010 with a balls to the wall D.I.Y attitude, BLF has done multiple tours of the southeast and has already released an E.P. (The Year of the Rat), a single (King Of Satire), and a full length Down For Life (D.F.L) which was recorded/produced by Roger Manganelli (Less Than Jake/ Rehasher) at Moathouse Studios and mastered by Stephen Egerton (Descendents) at Armstrong Studios. The band is constantly writing new material and playing shows, and its safe to say, more is on the way.

For such a young band Burns Like Fire has had the privilege of sharing the stage with such bands as: Against Me!, Bad Religion, Polar Bear Club, Street Dogs, Dead to Me, Strung Out, Authority Zero, Nekromantix,The Flatliners, OFF!, The Adicts, Stuck Lucky, Sloppy Seconds, The Casting Out, Blacklist Royals, The Bastard Suns, Devil’s Brigade, Agent Orange, ANTiSEEN, The Menzingers, Propagandhi, Off With Thier Heads, MXPX, Unwritten Law, Teenage Bottle Rocket, The Pinkerton Thugs, The Devils Brigade, The Howlers, Such Gold, The Swellers, Old Man Markley, Mustard Plug, and Sick of it All, among many other great bands.

Burns Like Fire shows no signs of slowing down in 2013 and is always ready to play anytime & anywhere . With future plans including constant touring, invasions up the east coast and to the west coast, and finding a label to call home, BLF plans on staying busy. After all, we are just four iron-livered pretty boys who pour our hearts into our songs, and are lucky enough to travel, make friends and play shows. So keep your eyes and ears open, your beers cold and look for BLF to bring some Hot Shit Rock ‘n’ Roll to a town near you. 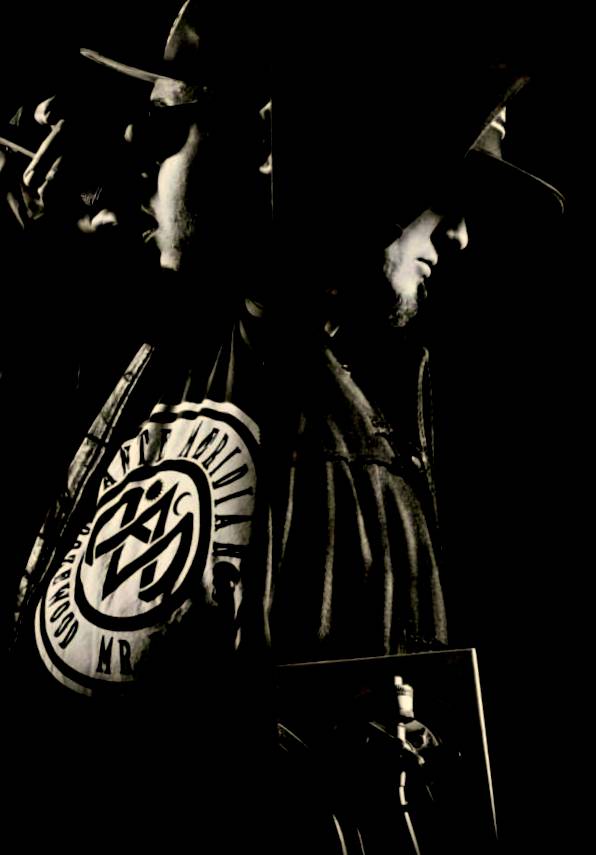 Rozewood (Amityvile, NY) & Mr. Enok (Montgomery, AL) first linked up in the spring of 2011 through mutual friends in Mr. Enoks home studio in Atlanta, GA. After recording their first 3 songs (in one day) the chemistry was apparent. Fast forward to almost a year later, they opened up for Raekwon and simultaneously released their first EP: “3 am poltergeist”. Since then they have been consistently creating music while also sharing the stage with the likes of Curren$y, Syzoo, Freddie Gibbs, and others. Be on the lookout, ‘cause lots of music, videos, etc. are on the way!