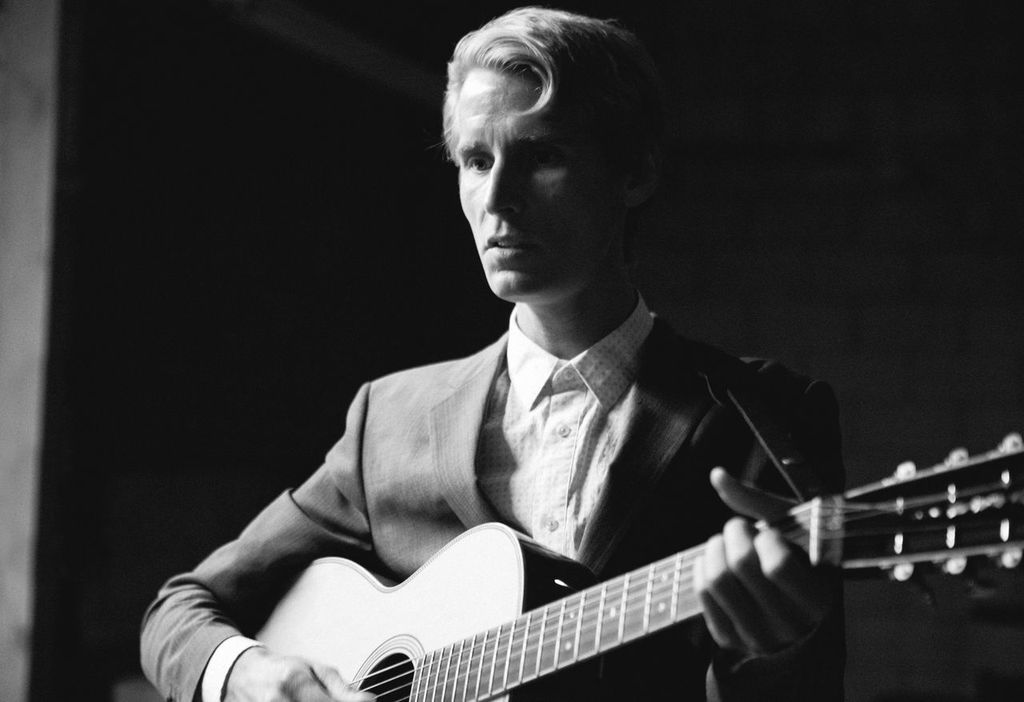 North Dakota’s finest troubadour Tom Brosseau return’s with his first solo release in 5 years and his 7th studio album to date. ‘Grass Punks’ draws on themes of on the emptiness of a false dream, loyalty, betrayal and perseverance. It was recorded and produced by Sean Watkins (Nickel Creek) near the 101 FWY in Hollywood, California.

The album title was taken from a phrase belonging to a San Diego based artist who would perform her soft, low voiced poetry over cafard melodies on the piano.

Brosseau’s thoughts on Grass Punks: Grass Punks at once brought to my mind an earthen smouldering stick, used to light a wick or ward off peskiness, but now it stands for something greater, a sort of heading for everything I believe in when it comes to my folk music and DIY recording.

Tom Brosseau is a folksinger and songwriter who currently resides in Los Angeles, California. He comes from a working family with a musical background, though none have received formal training. His grandmother Lillian Uglem taught him the acoustic guitar while he was in grade school.

Mayor Mike Brown presented Brosseau the Key to the City of Grand Forks, North Dakota in 2007 for his album of original work entitled Grand Forks. The songs were based on the devastating Red River flood of 1997. Natalie Portman chose a track from Grand Forks, “Plaid-lined Jacket” as part of her continuing work with FINCA, an organization whose mission is to assist communities of impoverishment.

Tom Brossaeu returns back to the UK to tour early in 2014. For updates please keep an eye on Tom’s website: http://www.tombrosseau.com/ or visit www.tinangelrecords.co.uk