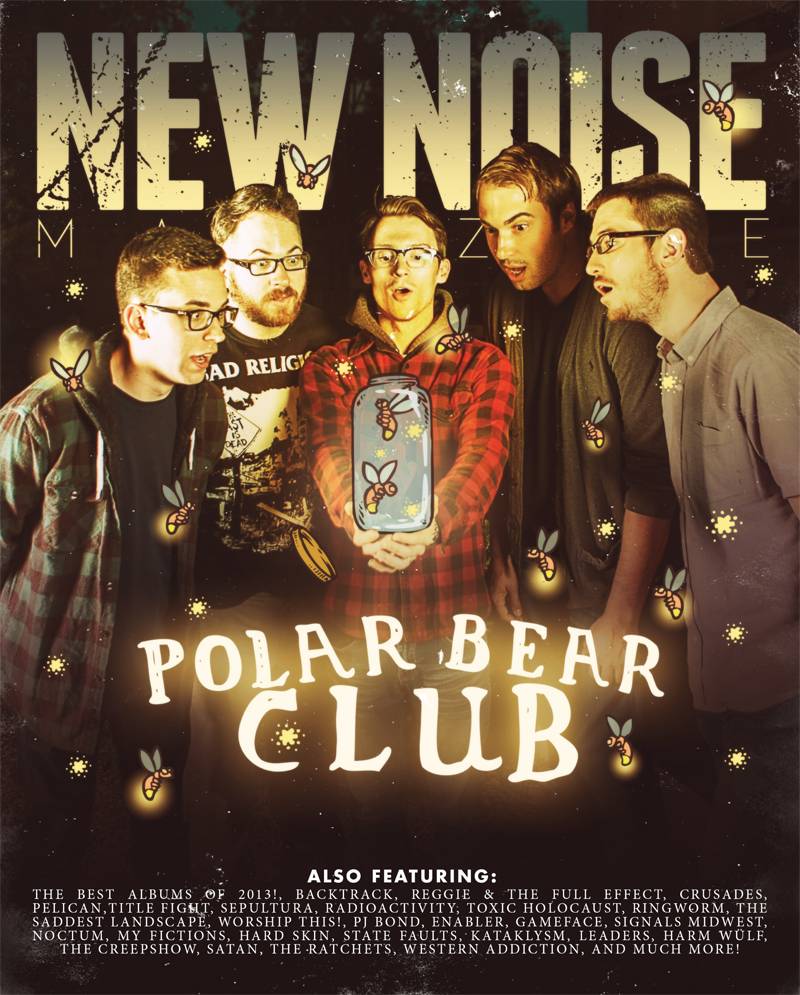 Rochester NY’s Polar Bear Club have released Death Chorus, their latest LP today via Rise Records. The LP has already been racking up plenty of rave reviews with Absolutepunk.net declaring it, “one of the best and freshest sounding punk rock records of 2013. Simply put, Death Chorus is the record Polar Bear Club needed to make.” Underthegunreview.net concurs, calling Death Chorus, “a great record that arguably sits alongside The Wonder Years’ The Greatest Generation as the landmark release in this genre this year.”

Polar Bear Club is also featured on one of two covers of the latest issue of New Noise Magazine. To subscribe to New Noise: http://newnoisemagazine.com/subscribe/.

Since 2005, Polar Bear Club has steadily climbed the ranks of their genre. Releasing several critically acclaimed albums and touring around the world with Gaslight Anthem, Rise Against and Bad Religion, it’s been 2 years since the release of their last album. Death Chorus was produced by Will Yip at Studio 4.