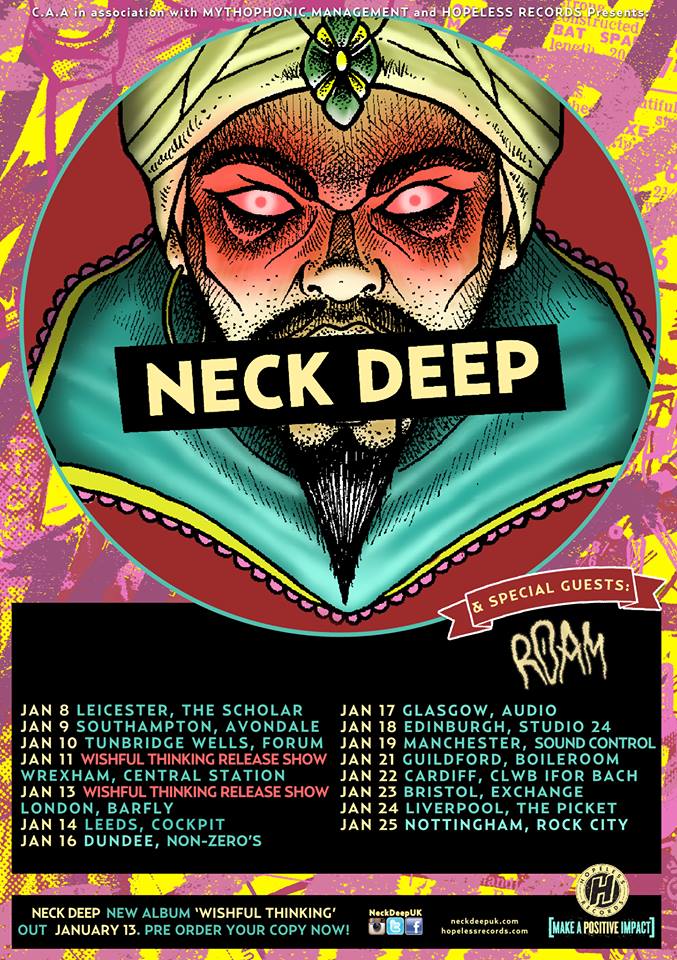 NECK DEEP have announced that their debut full length, ‘Wishful Thinking’, will see worldwide release via HOPELESS RECORDS on January 14, 2014. The album is now available for pre-order; fans can view bundles, including some limited collector’s packages at hopelessrecords.com/neckdeep

Alongside this NECK DEEP have also announced their plans to tour the UK extensively early next year. The UK dates in January 2014 will be the band’s first homeland headliner, and will include two official release shows for ‘Wishful Thinking’, in London and their hometown of Wrexham.