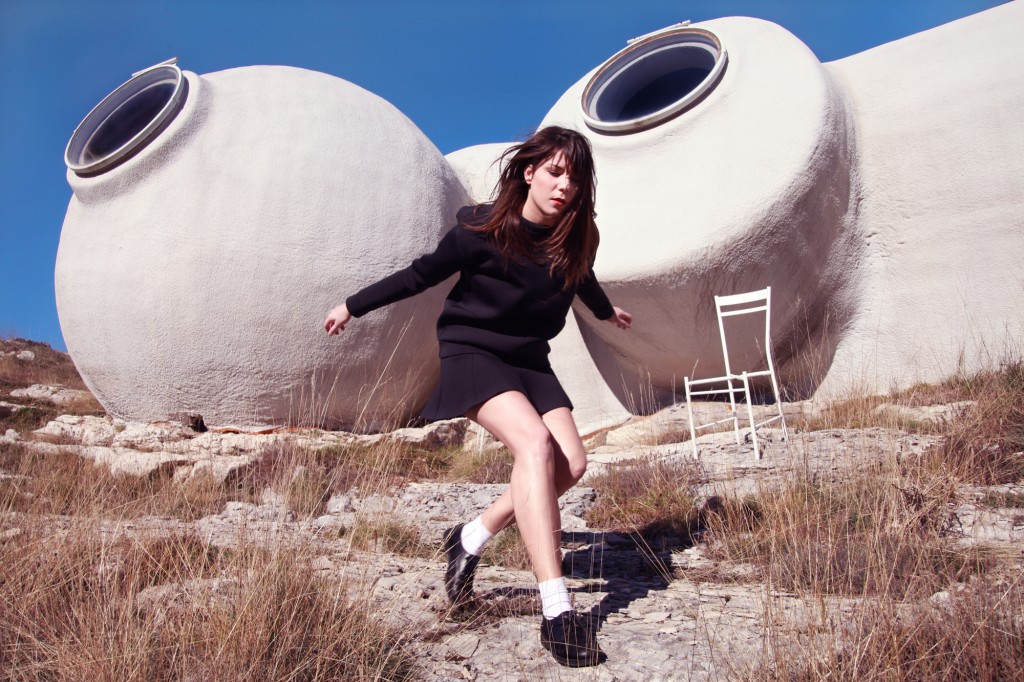 Velour Modular is a collaboration project between the French singer Guilhem – who released her recent debut in the Master Series of Nick Warren on the Label Renaissance with “Nocturne part 1” – and London based Spanish producer Hektagon. Hektagon’s remix credits include the likes of HFB (Alex Paterson from the Orb), Baobinga and ID amongst others, with his work picking up extensive BBC Radio One play from Mary Anne Hobbs.

On her debut EP, Capsule, the experience known as Velour Modular shares a love of Kuedo’s melodic synth motifs, summon the bubbling electronica of Seekae, the spacious, hallucinatory elements of Clams Casino, the shuffling percussion of Phon.o, and wrap it all in a Mount Kimbie haze.

A native of Cannes, and the daughter of two painters, Guilhem spent her childhood growing up in India, originally studying how to sing in the traditional Indian way. Moving from town to town, Pondicherry, Madras, Bangalore, she travelled a great deal, before returning to France and immersing herself in the creative world. Velour Modular was a project that ultimately came to existence over late night Skype calls between Guilhem and Hektagon. Guilhem explains;

“We had common obsessions at the time – old futuristic movies such as Logan’s Run, Blade Runner, 2001 Space Odyssey or The Never Ending Story. All this sci-fi period, with the debut of electronics and the sounds related to it, was the soil of our creation and you can clearly hear that retro-futurist sound with the 8bit, “bips”, old connection system noise…ect.. It was really important for us to construct a real storytelling: we were focused on doing a kind of “black box” that could testify of a lost world”

There are a number of poetic reference points on the EP too, William Blake’s prophecies making direct appearances in the lyrics (“forget the trumps of the last doom” – Technology Worshippers). Numerology too is central the project, a key aim being to create a mythology about the four states of existence, each track developing its identity in relation to its number. The downbeat Esc (1) is written in the first person, for the first entity created, the pure form, while the ominous Forward (2) is about the life that develops from 1, the conflict of duality and humaniy’s appetite for power. The punctuated synths and frayed electronic pulses of Technology Worshippers (3) is the trinity, the ultimate knowledge, and finally the fizzing, extroverted electro of Sudden Motion (4) represents the rebirth – the next step.