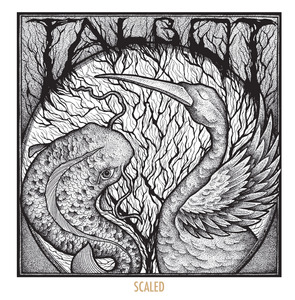 Devouter Records are pleased to announce the release of Talbot’s 2nd album ‘Scaled’ on November 18th on CD and Vinyl.

Talbot, the heaviest duo on Earth (and beyond), has been conquering the world actively since 2008.

With Magnus Andre on bass guitar, synths, vocals and Jarmo Nuutre on drums & vocals, this duo from Estonia’s capital Tallinn, has created a unique sound of their own – massive, atmospheric and noisy with a nice amount of psychedelia on top of it.

Talbot’s second album “Scaled” was originally released digitally in April 2013 and has already gained a lot of feedback from the listeners and reviewers.

The duo just finished their yet another European tour and among the other festivals played a show at the Roskilde Festival this July.

In this autumn Talbot will continue their touring in Russia, Europe, Scandinavia and Balkan countries and getting ready for the overseas tours in 2014.