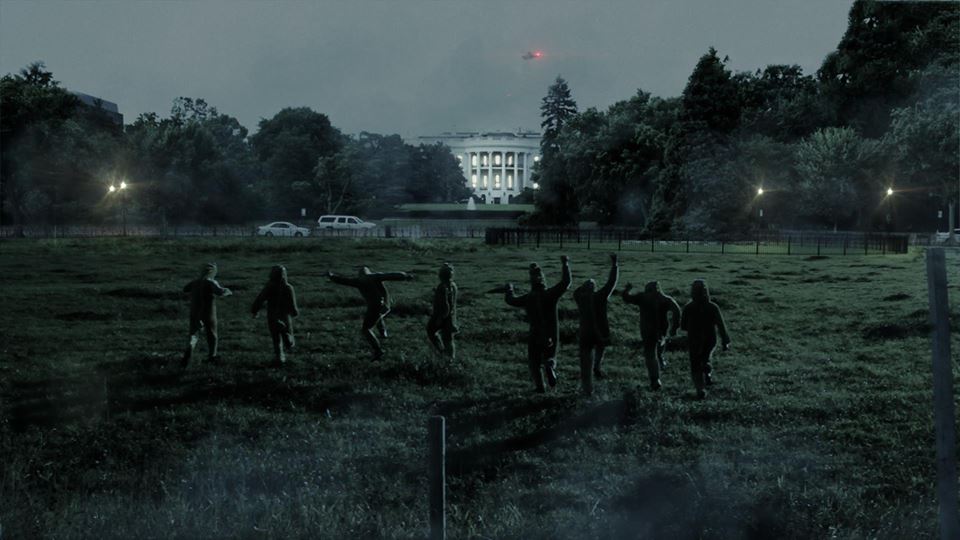 Swedish metallers, CROWDBURN, have released their new bizarre video for ALLIGATOR. The video sees a gang of alligators descend on the White House and take over the world in the process. Sounds silly right?!

‘ALLIGATOR’ is taken from the band’s new album ‘IGNITION’ which was released on 11/10/13 on Discouraged Records.

Kicking and screaming their way out of Umeå in northern Sweden, CROWDBURN are back with their new record IGNITION. The five piece are renowned for their genre crossing hybrid of thrash, death metal and punk rock. IGNITION is a record that will have you circle-pitting, headbanging and singing along to the soaring melodies all at the same time.

Formed in late 2010, with the sole reason to write, record, play and tour heavy music, CROWDBURN hit the touring circuit hard in Scandanavia. This has included playing huge Nordic festivals like House of Metal and Rock Out Wild.

IGNITION is a record that stands proud and CROWDBURN are not afraid to wear their hearts on their sleeves. Taking no shame in drawing influences from 90’s thrash, modern metal and in particular from their heroes, such as System Of A Down, Devin Townsend and Pantera.

The message from CROWDBURN is simple. These guys have made this band their number one priortiy and simply want to have a great time. The bands first music video, ‘Confronted’, clearly shows that these guys are down to earth and have a great sense of humour. CROWDBURN are well known for their unique music videos. Both songs ‘Confronted’ and the cover ‘Scary Monsters and Nice Sprites’ are great Youtube successes. Together they have half a million views and Scary Monsters topped the Swedish charts during the week it was released.