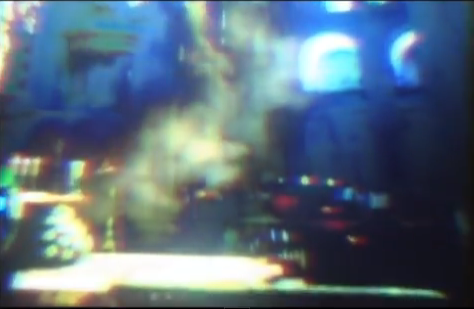 Today we reveal another glimpse in to the immersive world that is Virgins by way of a music video for the album track ‘Black Refraction’,  directed by Sabrina Ratté.

Don’t forget you can also listen to Virginal II, the first track released from the upcoming album, here:
https://soundcloud.com/kranky/tim-hecker-virginal-ll

Virgins was recorded during three periods in 2012, mostly in Reykjavik, Montreal and Seattle, using ensembles in live performance. The sound palette of this work is wider, almost ‘percussive’ and tighter sounding than previous works. While this album remains committed to a painterly form of musical abstraction, it is also a record of restrained composition recorded live primarily in intimate studio rooms. This record employs woodwinds, piano and synthesizers towards an effort at doing what digital music does not do naturally—making music that is out of time, out of tune and out of phase.

This follow-up to his Juno-awarded Ravedeath, 1972 album exchanges gristled distortion and cavernous sound in favour of a close, airy, more defined palette. At times it points to the theological aspirations of early minimalist music. But it is not ‘fake church music’ for a secular age, rather something like an attempt at the sound of frankincense in slow-motion, or of a pulsing, flickering fluorescence in the grotto. Some pieces go off the rails before forming into anything, others eschew crescendo compositional structures or bombastic density while going sideways instead.

It points to the ongoing development of Hecker’s work. It suggests illusory memories of drug- hazed jams or communal music performance that may have never been performed or been heard. These are mp3s that give confusing accounts either of sound’s glowing physicality or of its prismatic evasiveness. It is an offering of music into the void, a gift of digital filler between distractions. Yet hopefully it also stands as a document of the enduring faith in the narcotic, enigmatic function of music as long-form expression.