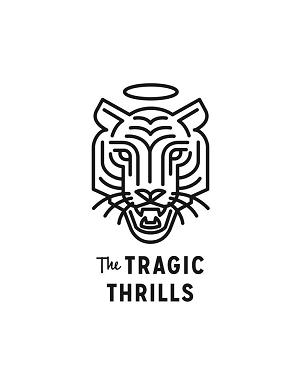 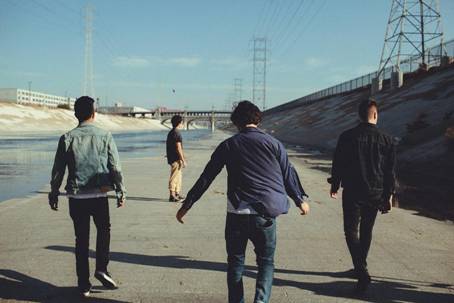 Indie alternative rockers The Tragic Thrills have released their debut single “Tears” on iTunes at: http://bit.ly/1gr6TzE. The digital single, which will appear on the band’s forthcoming debut LP, comes with a bonus track, a live version of the band’s song “Afterthoughts.”

About The Tragic Thrills:

“My aim is to be earnest and have integrity,” says Zach Porter, primary songwriter of the transcendent pop-rock quartet The Tragic Thrills. “When I write songs for this band, I question every word because I want to make sure everything is honest.”

The quartet is comprised of seasoned musicians with national and international touring experience, and successful track records with both major and independent labels. In addition to Zach Porter, the band includes Michael Martinez, Brent Schneiders, and Cameron Quiseng. With The Tragic Thrills, the band members break away from their legacies to rally behind the poetic and irreverently romantic songs Porter has crafted. Emboldened by the fresh start, the guys have taken the reins to steer their destiny. They self-funded their self-titled debut, and, enamored with the subtle genius production on Mat Kearney’s Young Love, handpicked producer Jason Lehning.

It’s a bold way to launch a new band, but that move keeps within the vibrant emotionality packed in the group’s moniker. “The name The Tragic Thrills embodies a sense of what I owe. Not what I owe to anyone, just what it’ll take for me to find whatever the hell it is I’m looking for in life,” Porter reveals.

For Porter, love pulled him off the music business treadmill and brought him back to soulful creative authenticity. “Meeting my girlfriend changed everything,” he confides. “In the past, being in a successful band was the most important thing in the world to me—I was willing to do whatever it took to make it. But my heart moved on. Now I’m able to write in a way that my ambitions had stopped me from before. “

The Tragic Thrills debut is sublimely modern with skyward, atmospheric anthemics tastefully balanced by poignant and quaint touches likes stately cello, crystalline piano, and shimmering guitars. Against this expansive backdrop, Porter sings his powerfully confessional lyrics with rawness and urgency. On “Creeps And Strangers” Porter’s voice has a winsome weariness as he sings/begs “please don’t go” against the song’s luminescent accompaniment. It’s a story about not succumbing to the mundane 9-to-5 life (and subsequently taking a shot to realize your dreams), complete with reference to protagonist George Bailey from “It’s A Wonderful Life.”

Throughout the album Porter’s lyric writing is a revelation; it’s blunt and pent-up but bursting with emotion about relationships: romantic, friendship, and business. On “Tears” he sings: I lost it all/I punched the wall again/But it was stronger than my hands/And they were swollen, they were red/And I’m a fool/I’m not a lion, I’m a man I can’t outrun the hurt they said/But I can love and love again/And you too, you too. “I have days quite often where I find myself relating to ‘Tears,’ in many different ways,” he says candidly. “I have something that means everything to me. And with that connection and devotion comes the greatest moments in my life but also some of the hardest.”

The hauntingly beautiful “Fever” features some of his most imaginative and stinging lyrical ideas. “There are 3 different stories in ‘Fever.’ The first story I made up, although it’s safe to say it happens all the time. The other 2 stories are personal stories from my life,” he explains. “Getting these stories out in these songs is a huge release for me. When I sing that song I mean every word.”

The Tragic Thrills sought out producer Jason Lehning for his fingerprint aesthetic of sleek poise and unvarnished expressiveness. “Jason was everything I needed. He was the perfect balance of challenging me and letting me do my thing to capture an emotion,” explains Porter.

“The whole time I was making the record there was a sense of purpose,” Porter says pensively, thinking back. “It felt like it was exactly what I should be doing. That sense of purpose gets me through everything,” he says, pausing. “I can’t wait to play this music live. The more we get out there and prove ourselves the more fulfilling this will be. “