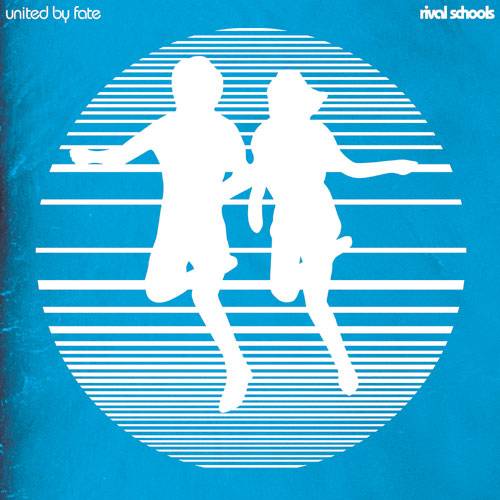 Released in 2001 by Island Music/Universal, Rival Schools’ debut album United By Fate was met with critical and commercial acclaim charting nationally and abroad, enjoying heavy spins on radio and on MTV with lead single “Used for Glue” and it’s follow up “Good Things”. An aggressive touring schedule followed laying the foundation for a worldwide following that band enjoys to this date and them perform at the prestigious Rock am Ring & Rock in Park festivals in Germany and Download Festival in the UK, as well as a now legendary set at tastemaker showcase Fun Fun Fun Festival in Austin, Texas.

Now available on vinyl for the first time since 2001 through srcvinyl, Rival Schools United By Fate has been lovingly restored to a high fidelity 24bit / 44.1 hertz from the original analog source and pressed on 180 Gram Audiophile vinyl using lacquers cut by the legendary Stan Ricker (The Beatles, Pink Floyd, Moscow Symphony Orchestra),making full use of the dynamic range that only high quality vinyl can provide on this limited edition special deluxe reissue features 4 tracks previously unreleased in North America and is sure to be a hit with fans and collectors alike.

Rollingstone.com is streaming a rare bonus song (“Sweet”) off the vinyl release today at: http://www.rollingstone.com/music/news/rival-schools-pull-out-rarity-the-sweet-song-premiere-20131009.

On Tour with Jimmy Eat World: