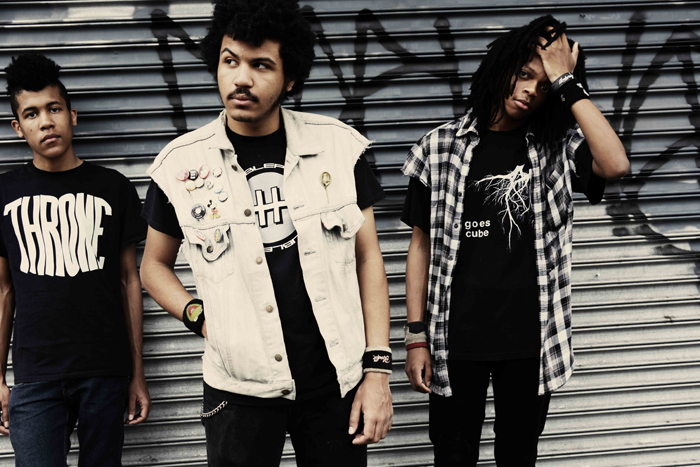 “Radkey have relit the fires of maximum rock ‘n’ roll and are rewriting the rule book.” – Louder Than War

Missouri punks Radkey have confirmed a one-off live performance for Halloween at London’s Macbeth venue in Hoxton on Thursday October 31st. This special party set will end their first sold out UK tour that has seen the trio of Brothers pick up new fans all over the country.

“This tour has been pretty amazing; it’s everything we could have dreamed of when we started this band. We got to crowd surf too, which is a pretty big deal to us”, says Isaiah Radke. “Halloween at the Macbeth is gonna be so killer. It’s actually our last night/show in England so it’s gonna get pretty crazy. We’ve played two Halloween shows prior to this, and they both sucked – so this one’s gonna rule. We also just got to Germany. Oh my God, the food is so good!”

The band celebrate the release of their new ‘Devil Fruit’ EP released on 12” vinyl via Little Man Records this week. Hosting four of the most stomping punk rock tunes of the year, the release has catapulted Radkey into ones to watch lists for 2014. Their live sets have made the band the talk of the town, expect something special on Hallowe’en.

Also available on 12” vinyl at the following UK record shops:

Frome – Raves From The Grave (also resp. for shop in Warminster & Bath)http://www.ravesfromthegrave.com/