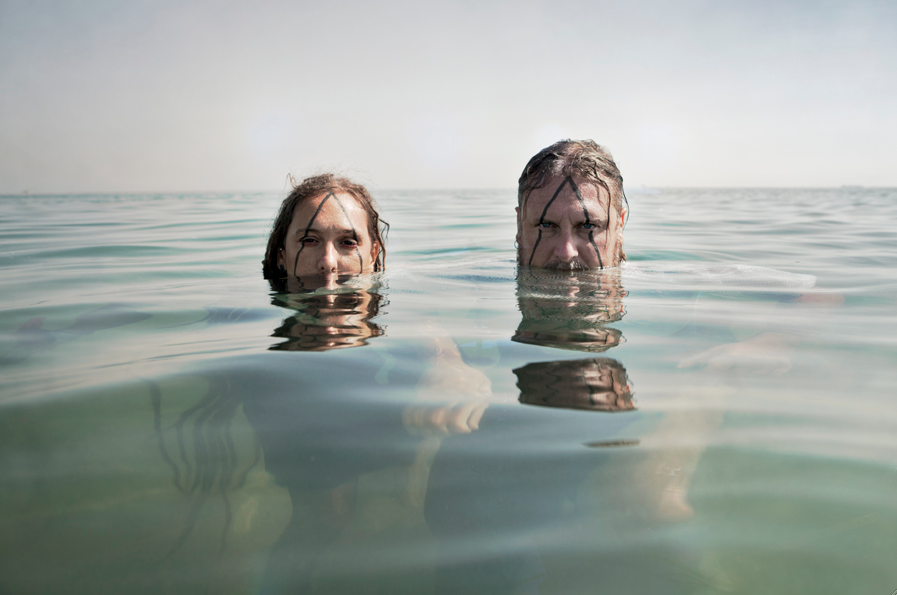 The genre collapsing noiseniks OvO shall release Abisso, on November 4th via Supernatural Cat and upon entering their 13th year in existence as OvO, they are showing no signs of relenting in their experimental attack on instruments.
Abisso opens a new artistic era for this duo, formed by Stefania Pedretti and Bruno Dorella. There’s a new richness in their sound, brought by the use of samples, drum machines, pads, field recordings and synths. Cor Cordium and the previous album CroceVia were a point of no return for their minimal rock challenge, engaged in making as much sound as possible with their very few elements: Bruno’s half drum set, Stefania’s guitar and her incredible voice. The new challenge is to go beyond it, using contemporary music tools to keep on being creative and evolve. For this step OvO had the priceless help of Giulio “Ragno” Favero at the mixing desk, Giovanni Versari’s mastering, and the friendly collaboration of Alan Dubin (ex OLD, Khanate, now in Gnaw) and Carla Bozulich with her full band Evangelista.
Today we can hear the track ‘A Dream Within A Dream’ featuring Alan Dubin, who previously commented, “I’m honored and psyched as hell to have my voice be a part of such a devastating OvO song.“
The pace changing and other-worldly vocal terror on this particular track, shows how OvO have truly rooted themselves in the culture of crafting honed and incredibly loud dynamic noise, veering from belly-ache sludge to simmering and shimmering compositions which ooze rock’n’roll from punk stained pores.
Don’t forget you can still view the disturbing video for “Tokoloshi” at this direct link – http://youtu.be/28UZcgQ9gN8 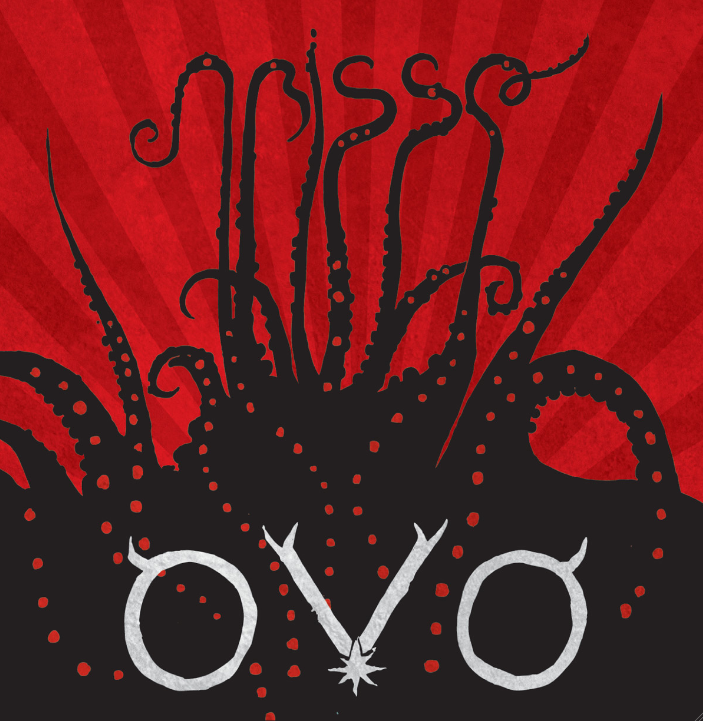 ABISSO TRACKLISTING:
01. Harmonia Microcosmica
02. Tokoloshi
03. I Cannibali
04. A Dream Within A Dream (feat. Alan Dubin)
05. Aeneis
06. Harmonia Macrocosmica
07. Abisso
08. Pandemonio
09. Ab Uno
10. Fly Little Demon (feat. Evangelista)
11. Fame
“With such a small collection of instruments to abuse, OvO constantly evolve as a multi-headed beast – at times creating a clatter of apocalyptic death-thrash before veering violently into extended passages of synth-driven noise-doom. If you’re looking for the soundtrack to a murderous rampage, multi-car pile-up or nuclear meltdown, look no further. There doesn’t really exist anything else quite like this in music.” – SLEEPING SHAMAN
“From start to finish it sounds like a hellmouth opened in a recording studio, which is every bit as fascinating as that sounds.” – MTV IGGY
“Ominous basslines, crushing drumming and serpentine guitar – fascinating and terrifying.” – SITTING NOW
“Drifting in the limbo between the percussive sludge of Jucifer and the surreal assault of Fantômas.” – 4/5 THE SKINNY
“The two masked hell-raisers that make up OvO have created an album that can only be described as a discordant, schizophrenic and shockingly evil mess, albeit an extremely enjoyable one. Fuzzy lumbering bass lines, simple percussion and dirty riffs play the backing music to groans and screams that could only have materialised directly from hell’s mouth. It doesn’t get much more fucked up thanCor Cordium; the worrying thing is you’ll probably enjoy it.” – DIGITAL FIX