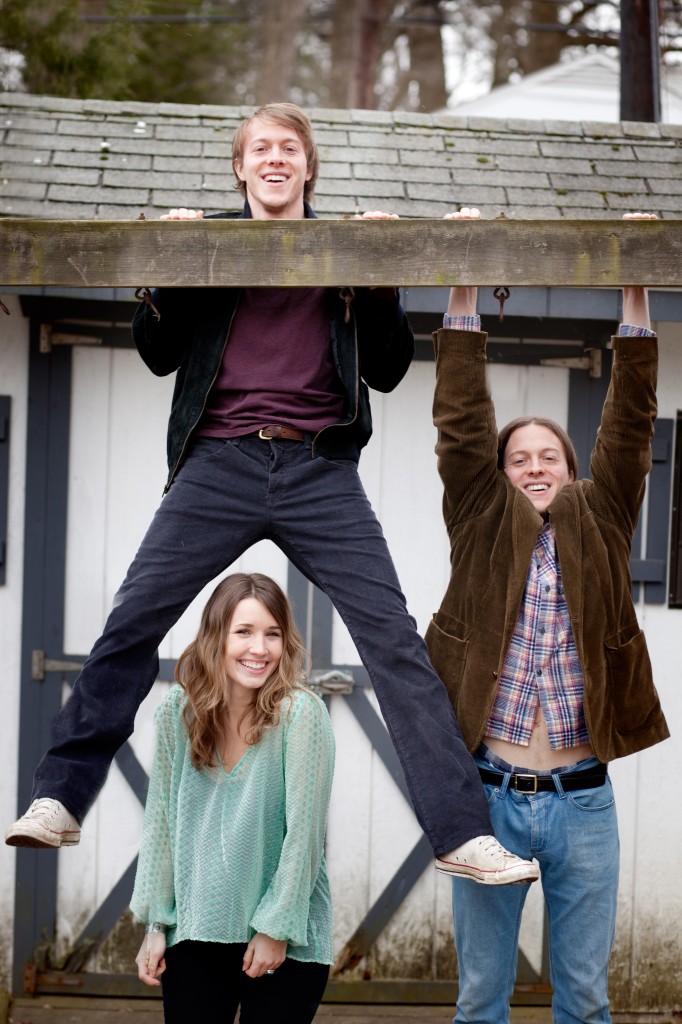 The Walking Sticks are a dream pop/downtempo trio from Maryland. Two thirds of the Walking Sticks met because they happened to have a mother in common. And the third came along because she happened to be the only other eighteen year old in the neighborhood with a professional recording career in the works. The trio hailing from Silver Spring, MD consists of twin brothers Max and Spencer Ernst and their soulful beyond her years lead singer Chelsea Lee.

The group first took off in 2011 as a vehicle for deep roots grooves and harmony but the Sticks have recently taken a few leaps into much different territory. After touring the more meditative and heavily acoustic debut album World So Bright, the twins began accumulating an arsenal of old synthesizers from garage sales around town. More importantly, they signed on their long time friend and collaborator Chelsea Lee, a young talent whose bluesy instincts the boys had been dying to get their hands on. The result: a fusion between a few old souls and a resurgence of youth.

The brand new EP Send the Night preaches a newfound love for saw waves and modern production but maintains a compositional approach more inspired by Laurel Canyon than Hollywood. The Ernst boys years of crooning CSN&Y in the bar is irremovable from the dreamy harmonies that weave through the mix. And with a new set of gadgets to accompany her, Chelsea Lee’s classic rasp stands out as something entirely its own. While the new songs demand a little more sweat from the audience, the band’s initial focus remains the same: to make great pop music.

Rue Royale video for ‘Pull Me Like A String’ and November tour dates!