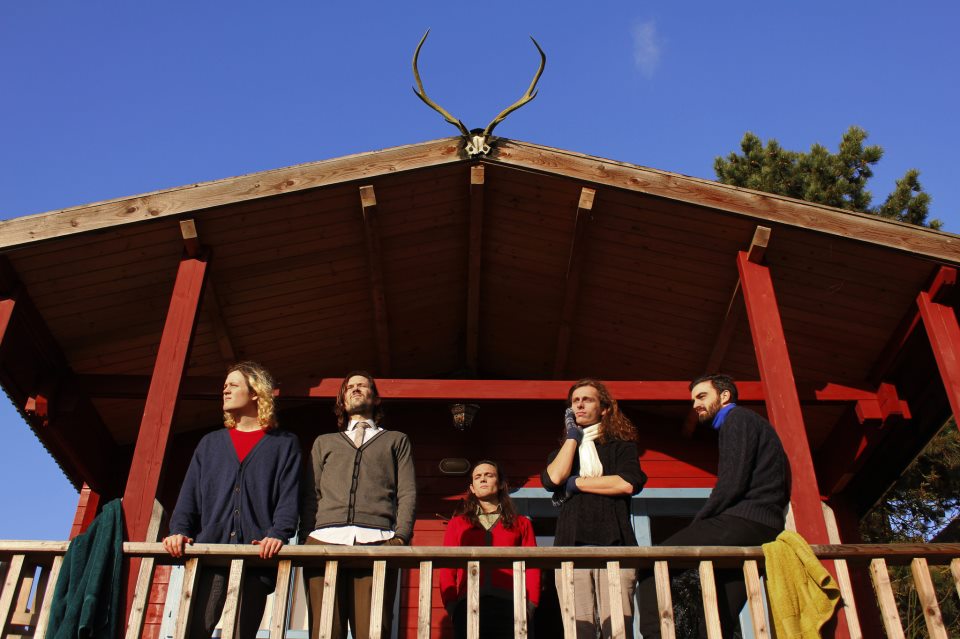 Following on from their acclaimed EP ‘Stop Before The Dry River’, my grey horse are pleased to announce ‘Big Night’ as a free download along with a mesmerizing new video for the track. Comprised as a band of brothers and their friends, my grey horse contain not just two but three members of the same family.

Joining Peter (vocals/guitar), John (vocals/keyboards) and Oobah Butler (guitar/vocals/keyboards) are friends Tom Mott (bass guitar) and Joe Nicklin (drums/vocals) who rose to success with their ‘Stop Before The Dry River’ EP with lead single ‘Need Wood’ being chosen as ‘Record Of The Week’ by Shaun Keaveny on BBC Radio 6Music.

With recent highlights including support slots along side Tall Ships at the O2 Academy Oxford, Swim Deep at The Duchess Of York and Admiral Fallow at both The Jericho Tavern and Scala the band, containing an illustrator, an animator, a writer, and a film-maker have decamped to a log cabin near the Forest Of Dean to record their debut full length album.

Being able to draw on such a creative pool of talent has broadened their creative horizons and, ultimately produced interesting material – ‘Big Night’ features the unmistakable sound of a casio-tone keyboard along with a fizzy bassline and hopscotch drum beats. The beautifully coloured concept of their videos is a testament to their quality and ‘Big Night’ continues this. Drafting in the expertise of Berlin-based video artists Aaron Kelly the video piece is composed of car crashes in fifties’ America, paired with an intense vocal performance to the chorus mantra of “broken and dumb”; Kelly’s interpretation is fascinating.

The track, which is up for free download is set to feature on their already much anticipated debut full length LP, to be released through CRC in 2014. ‘Big Night’ sets my grey horse up for a promising start to the new year.

Introducing: Alexz Johnson- On tour in the UK now