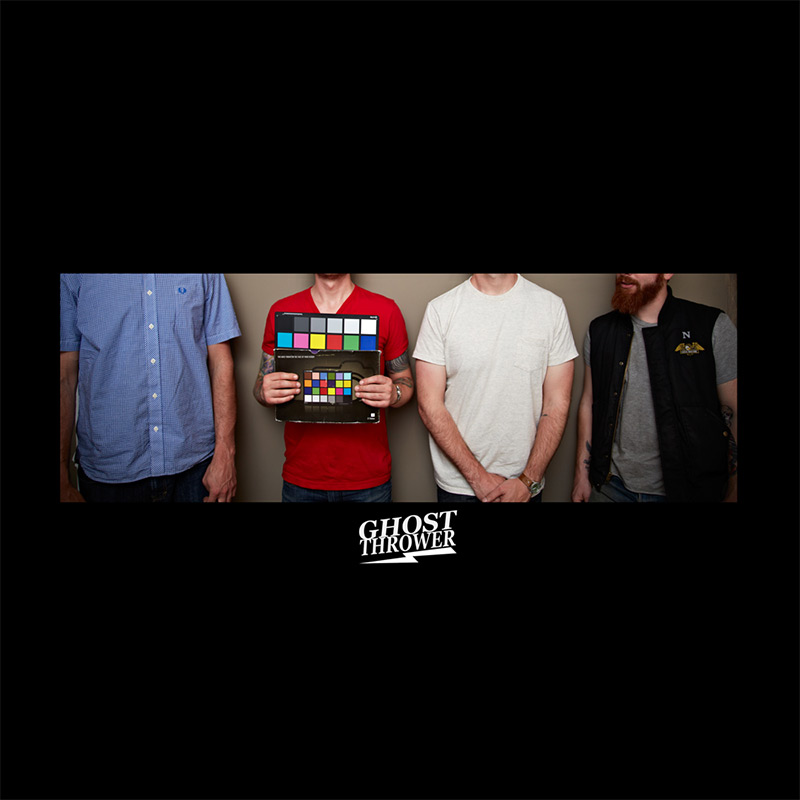 Fun Fact: Band features members of Therefore I Am, Shipwreck AD, and The Tower and The Fool

“Ghost Thrower” is out digitally (iTunes: https://itunes.apple.com/us/album/ghost-thrower/id724021706 / Bandcamp: http://ghostthrower.bandcamp.com ) with a vinyl release to follow in early 2014.

Ghost Thrower are very good at seemingly any style or mood they attempt, and an experiment’s rate of success like that warrants recognition. – Alternative Press

As stated by Alphaville in 1984, “music is for the sad man” and that’s exactly how Ghost Thrower came to fruition. The Boston-based quintet began their career in October 2010 by letting out angst over relationships, career-loss, alcoholism, and other general forms of life-induced misery. Since their formation the band has released 4 EPs of aggression based punk rock and are now slated to release their first full length simply titled “Ghost Thrower”. Being bred from numerous bands such as Therefore I Am, Shipwreck AD, and The Tower and The Fool, Ghost Thrower is no stranger to the music scene in which it was formed. Taking cues from a range of influences, Ghost Thrower’s self-titled LP grants listeners a different, cohesive sound of promise with Beach Boy surf hooks and Jawbreaker-esque lyrics akin to their previous style of angry and sad personal allocation, adding a new “I’m cool with it” vibe. The band’s new direction has clearly found them thriving and leaves them appreciative of the former life in which they blossomed from.