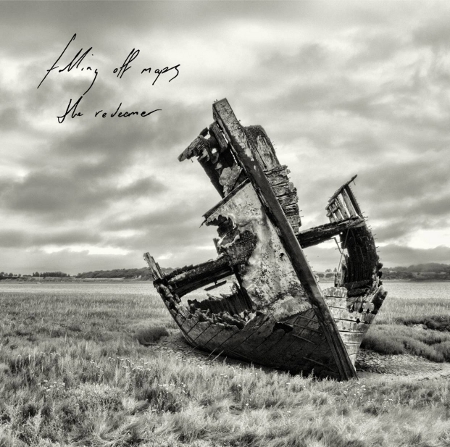 ‘The Redeemer’ is the brand new track from Nottingham five-piece Falling Off Maps. Released on October 28th, the track is taken from the bands forthcoming album A Seaside Town In Winter.

The track follows their debut single ‘Honest’, which received radio play from the likes of Edith Bowman and Dermot O’Leary. Another album and live highlight, ‘The Redeemer’ further displays singer Dave Wright’s vulnerable and often dark lyrical content, amid a driving bass-led track. The video to their last track was the first installment of a three-part video arc. The story will continue with the video for ‘The Redeemer’, coming soon.

The band recently performed a show alongside artist Keira Rathbone. Keira produces unique pieces of work using only her typewriter and created a live portrait of the band as the band played their set. Prints of the portrait can now be purchased through Keira’s online shop. The band recorded the sound Keira’s typewriter as she was creating the piece and will use it as part of a new remix of ‘The Redeemer’. Look out for it online in the near future.

‘The Redeemer’ is released through Square Peg Round Hole Recordings on November 4th.