DANNY & THE CHAMPIONS OF THE WORLD – NEW SINGLE + UK/IRISH TOUR‏ 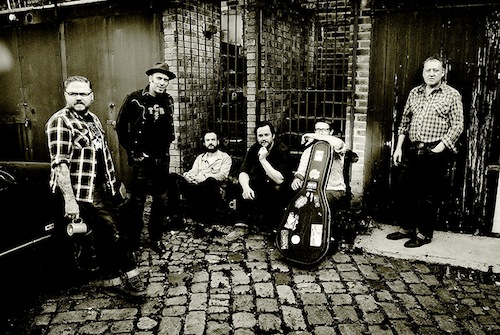 DANNY & THE CHAMPIONS OF THE WORLD – NEW SINGLE + UK/IRISH TOUR

Danny & The Champions of the World released their critically acclaimed album ‘Stay True’ through Loose Records on 16th September. ‘Stay True’ is the fourth album from Danny & The Champions Of The World. It’s also Danny George Wilson’s eleventh album which includes six long players from the much loved Grand Drive plus a solo outing (as Danny George Wilson) entitled ‘Famous Mad Mile’. Danny has been touring the world and making critically acclaimed records for nearly 20 years now, the first Grand Drive release was on Loose back in 1997. ‘Stay True’ was recorded this year over five days at North London’s Reservoir Studios with Champs bass player Chris Clarke (ex Rockingbirds) and Danny at the helm. Danny describes the scene: “catching sleep on the control room sofa, recording deep into the night, friends and musicians dropping by, inspired by the great soul, country and rock n roll of Stax, Muscle Shoals, The Band, Dan Penn & Spooner Oldham, Dion DiMucci, Van Morrison…Ronnie Lane meets Ronnie Spector!”

November 2013 sees Danny & The Champions Of The World embarking on their most extensive UK and Irish tour to date. “Other Days”, the second single from the album is released on November 18th to coincide with these dates. Listen to “Other Days” at http://smarturl.it/otherdays

“with Stay True Danny and his wonderful band have fused blues, country and even gospel to provide a truly magnificent album” ★★★★★ – Americana UK