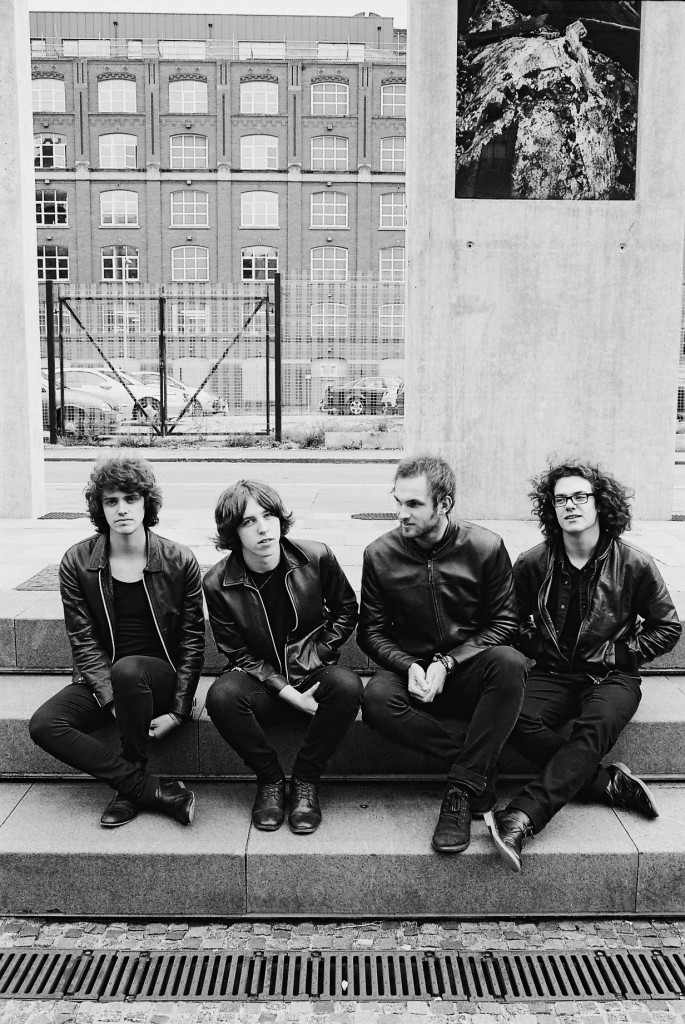 New Single ‘Pacifier’ – December 9, 2013
Like The Walkmen’s ‘The Rat’ realised as a full band NME
Frontman Van McCann breathes convincing vulnerability into his performance The Sun
Anything but anonymity beckons Q Magazine

Catfish And The Bottlemen have announced details of a new single, ‘Pacifier’, set to drop through Communion Records on December 9, 2013. It will be the third release from the hotly-tipped, ATC-managed band, who have earned plaudits thus far from the likes of Clash, Q Magazine and NME, with radio support from Radio 1, 6Music and XFM, since emerging with debut single ‘Homesick’ earlier this year.

‘Pacifier’ is the follow up single to September’s ‘Rango’ – a Hottest Record in The World on Zane Lowe’s show, with ensuing Radio 1 support from the likes of Sara Cox, Huw Stephens and Greg James, plus a daytime playlist at XFM, whose John Kennedy described the band as “stadium ready”.  The release was preceded by a characteristically frenetic summer, which saw the 4 English boys from Llandudno perform on the BBC Introducing Stage at this year’s Reading & Leeds Festival (alongside the likes of Denai Moore, Thumpers and JAWS) amidst a ceaseless UK tour itinerary, which also took in sold-out London shows at The Barfly and Sebright Arms.

The conclusion to a breakthrough year, ‘Pacifier’ is imbued with the boisterous immediacy that has rapidly become Catfish’s calling card. Something of a wrong-foot on first listen, an elastic bass line and the uplift of teetering guitar breaks are belied by frontman Van McCann’s lyrical vein, inspired by a close friend who lost her mother at the age of 13. Says McCann; ‘I have a weird view on death, where I just shut it out and move on quick, don’t think about it because it’s inevitable. She was trying to get it through to me that there’s more to it than my experience, and that I’d never know how it felt, because it won’t ever happen to me’.

McCann’s own story begins far removed from the small-town ennui which originally drove Catfish to leave Llandudo, North Wales. Born as a test tube baby to free-minded Liverpudlian parents, Van spent his early years travelling around Australia by car, and still struggles to recall his birthplace – “Where was I born? Cheshire? Cheshire”. Once back in the less expansive environs of Llandudno, McCann came into the orbit of future bandmates Billy Bibby (guitar), Benji Blakeway (bass) and Bob Hall (drums) at school, from where he was soon expelled due to prolonged absences. Although still based in Llandudno now, the band’s ad hoc domestic arrangements reflect the sporadic time spent there between touring- the 4 piece have a rehearsal space in the B&B run by McCann’s parents, and drift nomadically in and out of vacant rooms when back in town.