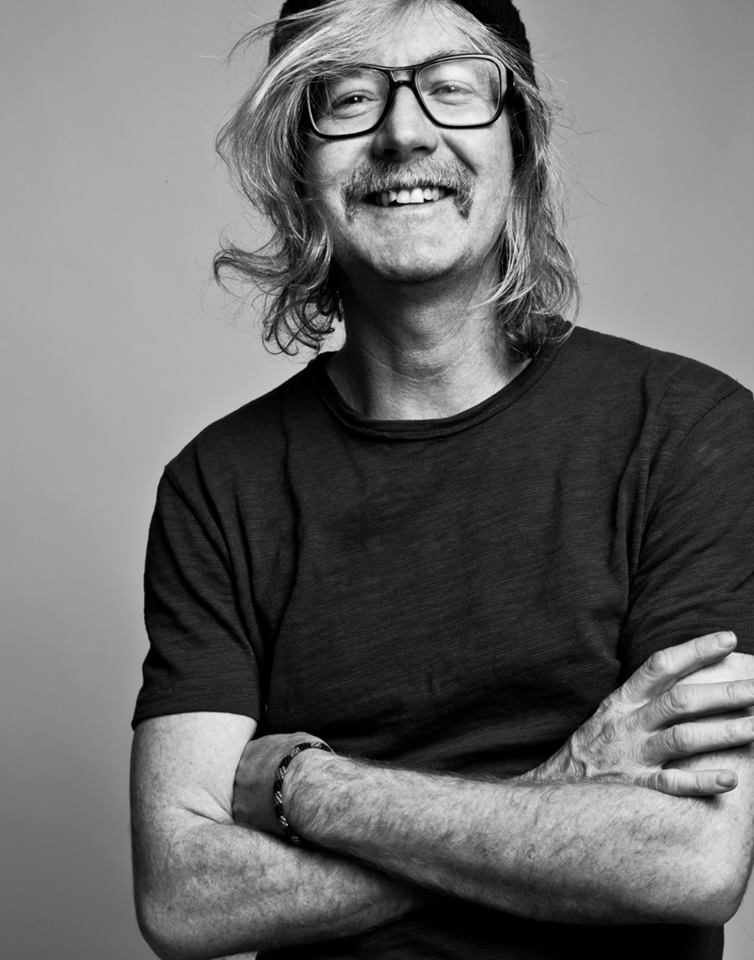 Broken Social Scene frontman Brendan Canning is to release his new album – ‘You Gots 2 Chill’ – in the UK on December 2, 2013 through Draper Street Records/SQE. Though it’s technically the second release to bear Brendan’s name on the cover, You Gots 2 Chill feels more like a true solo effort than the stylistically varied, guest-list-stacked Something For All of Us from 2008. Not only was the new record recorded without the assistance of Broken Social Scene (or its umbrella organization, Arts & Crafts), but You Gots 2 Chill bears Brendan’s literal fingerprints: he drew the cover art himself, and has launched his own independent label—named, Draper Street Records—to release it (in partnership with L.A.-based music company SQE).

Brendan’s Draper Street Records is named after the street that he has called home for 20 years, first as a couch-surfer, then as a long-time tenant, and now as a homeowner. He first arrived on Draper as the bass player for ’90s post-grunge hopefuls hHead, his career has since blossomed dramatically – while he established himself as both a ringer for myriad Toronto alt-rock outfits and an in-demand soul/funk/house DJ, he became best known for co-founding Toronto all-star indie-rock collective Broken Social Scene in 2001. As Broken Social Scene’s international touring commitments increased exponentially – and as the band’s notoriously unstable nature prompted all manner of break-up rumours and last-show-ever announcements – Draper Street came to represent less of an all-night party haunt (or a place for touring-musician peers to crash) and more of a quiet refuge for Brendan, a place of calm amid the ever-swirling BSS storm. Enter the aptly titled You Gots 2 Chill.

For his new solo album, Brendan puts you right there in the living room of his Draper Street house with him, inviting you to zone out in a blissful half-conscious state. Despite its deliberately hushed tones, this music is, in its own unassuming way, just as psychedelic, richly textured, and far-reaching as Broken Social Scene’s most out-there epics. The opening instrumental fanfare, “Post Fahey,” is but the first indication of its exploratory intent, with a titular and stylistic nod to the improvised acoustic-guitar odysseys of freak-folk pioneer John Fahey. From there, You Gots 2 Chill forges a balance of softly whispered melodies and heady atmosphere that belongs to a storied lineage of understated experimentalism, from the foggy pastorals of Nick Drake (see: the river-wading drift of “Never Go to the Races”) and misty-mountain rusticity of Led Zeppelin III (as heard in the Page-turning string bends of “Plugged In”) to the modernist soft-rock of The Sea and Cake (check the bossa nova’ed beauty “However Long”) and the hallucinogenic folk phantasmagoria of Animal Collective’s Sung Tongs (conjured in the hypnotic pulse of “Makes You Motor”). And it doesn’t get much more DIY than recording tracks onto your voicemail: the comforting, dust-covered interludes “Long Live Land Lines” and “Once a Lighthouse” will make you glad he pressed 9 to save those messages – for one, the latter track serves as the foundation for the splendorous album standout “Lighthouse Returns.” However, Brendan’s autonomous approach here still allows some room for collaboration – heeding the album title’s advice, he takes a break from lead vocal duties on the mid-album reprieve “Bullied Days” and cedes the mic to guest Daniela Gesundheit of Snowblink.

Even with Broken Social Scene on indefinite hiatus, it’s been an especially busy year for Brendan Canning: he recently revived his long-dormant, pre-BSS indie-pop project Cookie Duster; he composed the soundtrack to Paul Schrader’s upcoming Lindsay Lohan spectacle, The Canyons (written by Bret Easton Ellis); and he’s currently working on an ambitious interactive video-game/film project based on a premise that involves director David Cronenberg selling his intellectual property to a biotech lab. So, in light of all this activity, You Gots 2 Chill is as much of a soul-soothing siesta for Brendan as it is for you, providing the clearest, most personal portrait to date of an artist who’s spent much of his two-decade career making other people sound better. Back in the ’60s, some acoustic-guitar slinging boho from Minnesota extolled the virtues of bringing it all back home – with You Gots 2 Chill, Brendan Canning updates that maxim to 21st-century standards, by offering outsiders a glimpse of the quiet life on Draper Street that you just can’t get from Google Street View.

DANNY & THE CHAMPIONS OF THE WORLD – NEW SINGLE + UK/IRISH TOUR‏