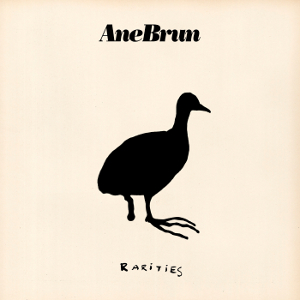 No stranger to encores, ANE BRUN continues to celebrate ten years in music with her second collection for 2013. Following a ‘Best Of’ collection earlier this year, SONGS 2003-2013 – which, inevitably, went straight to the top of the charts in the award-winning Norwegian’s adopted homeland, Sweden – she’s responded to fans’ requests by compiling a 20 track collection of rare and unreleased material entitled RARITIES. The 2CD and digital set will be released on October 4th by BRUN‘s own label, Balloon Ranger, and coincides with a two-month tour that kicks off in Helsinki on October 5th, 2013.

According to BRUN, “RARITIES is a compilation of songs and recordings that have either not been released, or have been released on other compilations or as singles. This is a way to empty our cupboards of recordings that have been lying around, and another way to mark my ten year anniversary as an artist.” The collection includes covers of Björk and The Beatles, Elvis and Eurythmics, as well as new versions of fan favourites and, of course, previously unreleased songs, contributing further to an already impressive back catalogue.

RARITIES’ track listing is as follows: