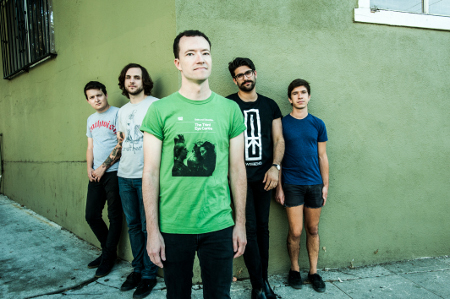 Watch the new video for ‘Harbor’

“’Is Survived By’ manages to take a band already celebrated in the underground and allow them the chance to grow into – not so much a new, but – a different beast. “ – This Is Fake DIY

“Is Survived By is a bold and interrogative record… full of both heart and head.” – Drowned In Sound

“Is Survived By is another masterpiece from one of the best bands in hardcore.” – Metal Hammer (8/10)

Touché Amoré have unveiled the video for ‘Harbor’, taken from their new album Is Survived By, released this week by Deathwish Inc.

Having surpassed the acclaim of their previous record with rave reviews worldwide, Is Survived By further cements Touché Amoré as one of the finest bands in their field. Produced by Brad Wood (Sunny Day Real Estate, Smashing Pumpkins, mewithoutYou), the album retains the bands ingenuity, creativity and intensity but displays a wider palate of moods to create raw, instant classic.

The band are set to bring their ferocious live show back over to the UK this December, with Self Defence Family + Dad Punchers.