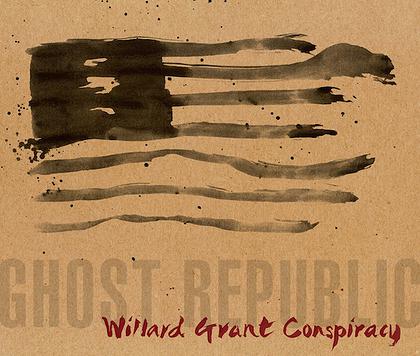 Ghost Republic the album is out now on Loose Records.

“resembles the super-eight soundscapes of the Dirty Three… a contemporary take on the dustbowl, with the humanity of Steinbeck and the visual eye of Ansel Adams” ★★★★ AMERICANA UK
“At times hushed and poetic, at others dizzyingly huge and squalling”
MOJO

“Understatedly poetic and expertly crafted, this is a fine record”
BEARDED MAGAZINE

“Thank you for watching and listening to our little film! The photographs are by Jason Hughes and are of the area around our desert home. The words are from the Ghost Republic book project. The music is Dave and I in the parlor. The film was done by Kevin Kostelnik of the film-comedy group Joy Camp and we are very grateful for his collaboration. Come along to the shows and we’ll be screening the film and playing in front of it!“ – Robert Fisher, Willard Grant Conspiracy

“First there is living in the high desert. Lancaster. Quartz Hill. Littlerock. Pearblossom. A far flung corner of the county of Los Angeles. A place for the forgotten and for those the rest of the city wishes to forget. Land of the Joshua Trees. Land of the Rattlesnakes. The Mojave Green. An Outpost. The Devil’s Punchbowl. An inhospitable place that men have forced themselves upon in an uneasy truce between cheap land and great ambition. This land still has teeth and venom. The Border. Heading east, the next stop is Mojave, Death Valley or the Eastern Sierra Mountains where towns have names like Lone Pine and Independence. And the road negotiates with places like Convict Creek and Mono Lake. A road less travelled.”

And then there is Bodie – a ghost town high in the Sierras. Closed and abandoned to time and elements, this once thriving mining town is now frozen as it stood when the gates were locked and the town was returned to the ground it rose from. It is the subject of a hallucinatory group of collaborative poems written by a loose confederation of poets for a book conceived and organized by the California based poet and artist Nicelle Davis. Robert Fisher was asked by Davis to add a character to the book. The words begin to flow and they begin to sound like music. This, in turn, results Ghost Republic, the album.