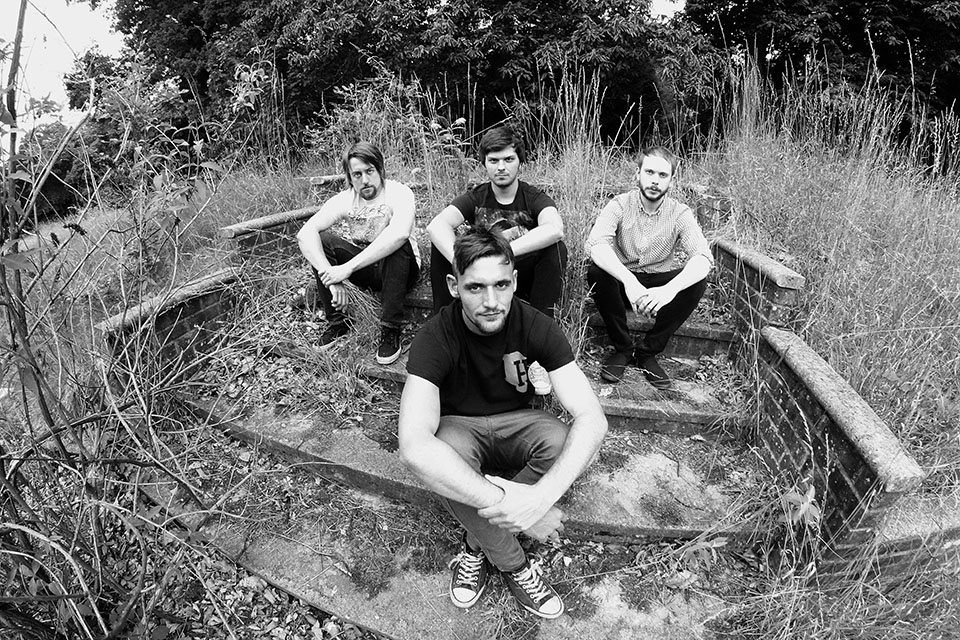 From seemingly out of nowhere, Ash Vale four-piece, Stallone have emerged with one of the most impressive debut albums of recent memory with ‘Mire’, released through Tangled Talk and Enjoyment Records on 7 October 2013.
Fast, dissonant, melodic and technically sharp, Stallone’s sound is the result of a wide-ranging interest in heavy music and technical ability that can be matched by very few. While the band hold their roots in punk and post-hardcore of the early 2000s (and “steal from Glassjaw, The Blood Brothers, Shai Hulud…”), they also draw influence from early thrash, the atmospheric sounds of Oceansize, doomier / groove bands like Pantera and The Melvins and the technical chops of Aconite Thrill. The result is an intense experience with raw, misanthropic vocals and thrash-guitar worship giving way to crust-punk passages and downbeat, head nodding grooves. Essentially two years in the making, ‘Mire’ has been crafted carefully and obsessively, amidst various setbacks that could have resulted in a premature demise for the band. Recorded during a freezing week in February with Lewis Johns (Bastions, Vales, Goodtime Boys) and mastered by Alan Douches (The Chariot, Dillinger Escape Plan, Converge) the production of the record matches the strength of the music presented here. Stallone have created something truly special.

‘Mire’ is released on 12″ vinyl and digital download on October 7th via Tangled Talk and Enjoyment Records. Pre-order links are available now at: