Maybeshewill to support The Dillinger Escape Plan in November‏ 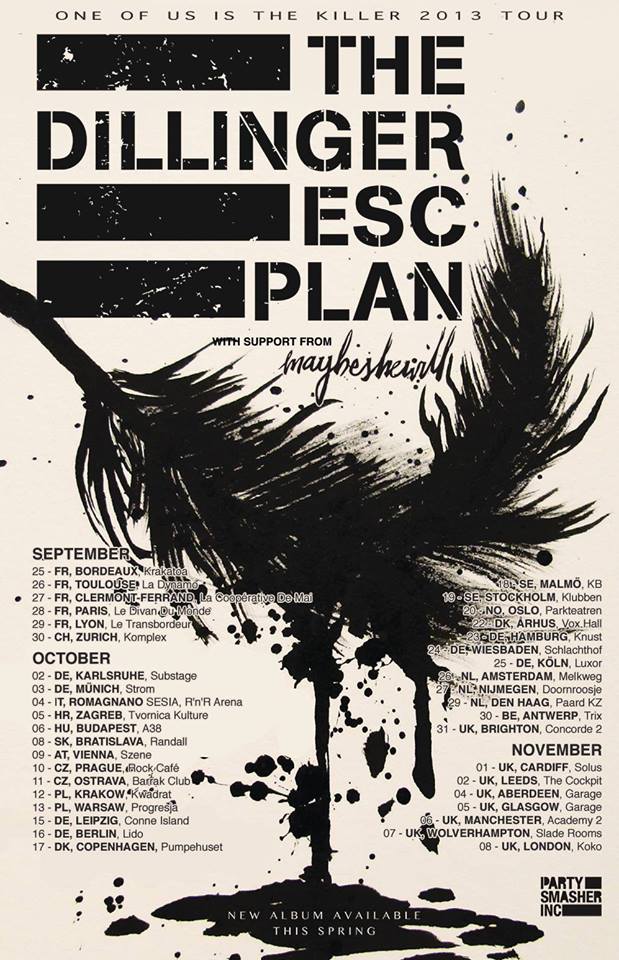 Maybeshewill announce November UK tour with The Dillinger Escape Plan
Formed in 2005, Maybeshewill have been quietly building an enormous fanbase worldwide, whilst keeping their heads down and getting on with doing things the way they think they should be done. Their latest album ‘I was Here For A Moment Then I Was Gone’ received widespread critical acclaim including glowing reviews and coverage from Kerrang, NME, Terrorizer, Big Cheese, Artrocker and Rock Sound.

They’ve maintained an intense touring schedule that has seen them play sold out shows across the UK, Europe, Russia and Japan and festival slots at 2000trees, Summer Sundae, Truck, Dot To Dot, Off The Cuff, Dunk!,  Brainwash, Live at Leeds, ArcTanGent and countless others. The band are showing no signs of slowing down by announcing a  European tour supporting Dillinger Escape Plan, which will hit UK shores in November.