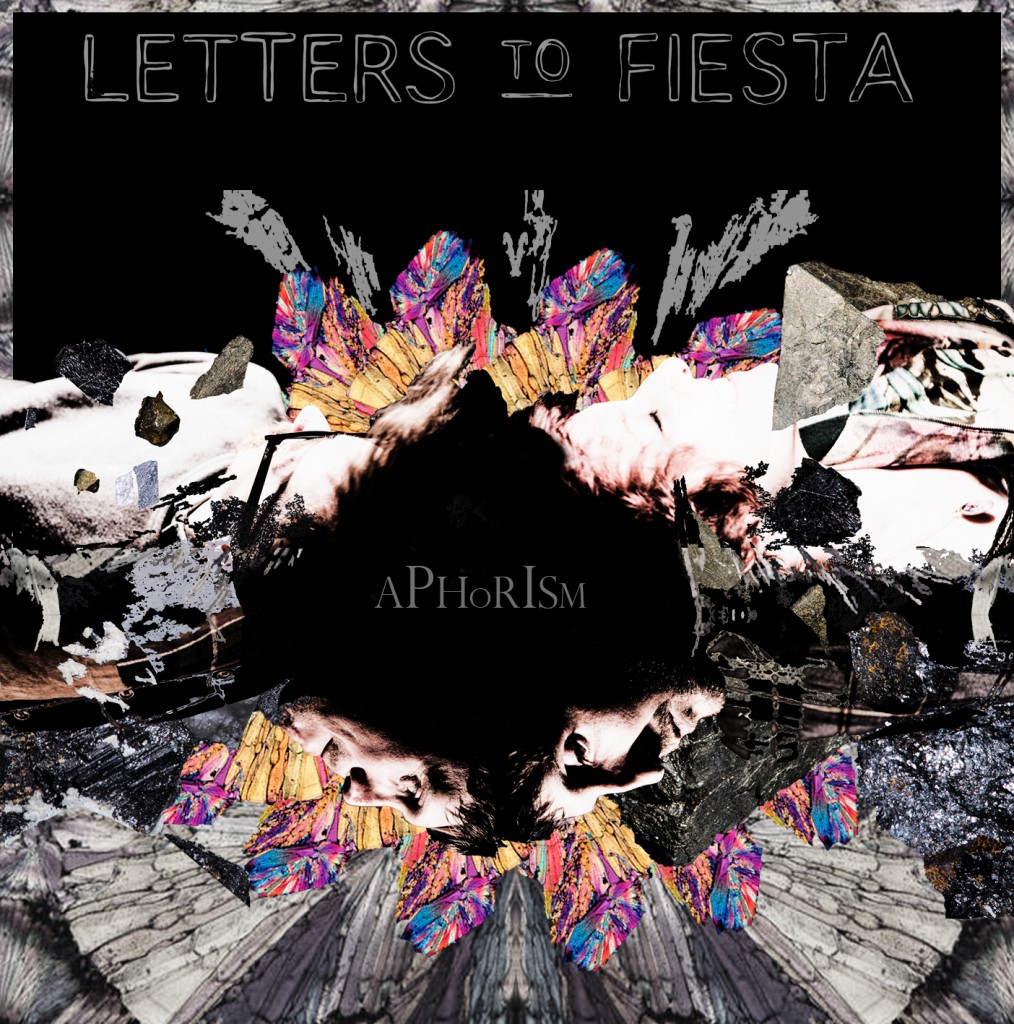 Letters to Fiesta the debut EP
‘Aphorism’ out 28th October 13

“The beginning of something special” – Fake DIY (Neu)

With just two online single releases to date, Letters To Fiesta will be regarded as relative new comers, though in truth the band have spent a couple of years acquiring their sound. Early 2013 saw them vastly impress the most astute tastemakers in the UK and further afield when they eventually revealed a couple of their tracks via their soundcloud.

They are finally ready to reveal ‘Aphorism’, their debut EP, which fuses together a remarkable concoction of ideas to harvest ‘sit up and take notice’ epic hyper-realistic power pop that has already drawn comparisons toYeasayer, Depeche Mode and Tegan & Sara; their distinct dramatic British sound also insures Kate Bush as a regular reference check. The EP is a waypoint to mark where Letters To Fiesta have been and where they are going. A symmetry of theatrics and sincerity. A balance of production and good, honest music.

LTF’s recent call-to-arms to music lovers has captured the heart and minds of journalists, listeners and bloggers through the conception of their innovative new funding method. Instead of asking for cash for their music, they prefer gig goers to pay with their old vinyl, that they then sell on.

LTF – “The idea is people can bring a vinyl to the gigs, and swap it for one of our EPs or other donated records. The ‘donated’ vinyls are sold at our shows on a pop up vinyl merch stall. Mixing records with gigs has been a great way of funding ourselves, but it’s been amazing to see people’s reactions. Introducing younger people to vinyls, and hearing people’s stories is really inspiring!”

The beauty of LTF is their ability to assimilate all their ideas to construct such grand, disparate and enigmatic pop songs with so many ideas bursting out to be noticed, meaning ‘Aphorism’ is hard to box in. There is something for everyone in here, from high pop to new wave to post punk to industrial.

Letters To Fiesta are an outfit with a grand sound and equally grand ambitions. With a huge industry buzz developing around them it seems they are ready to deliver.

Letters To Fiesta are: Daniel on drums, Andy on bass, Tom on guitar, Anna vocals & synth