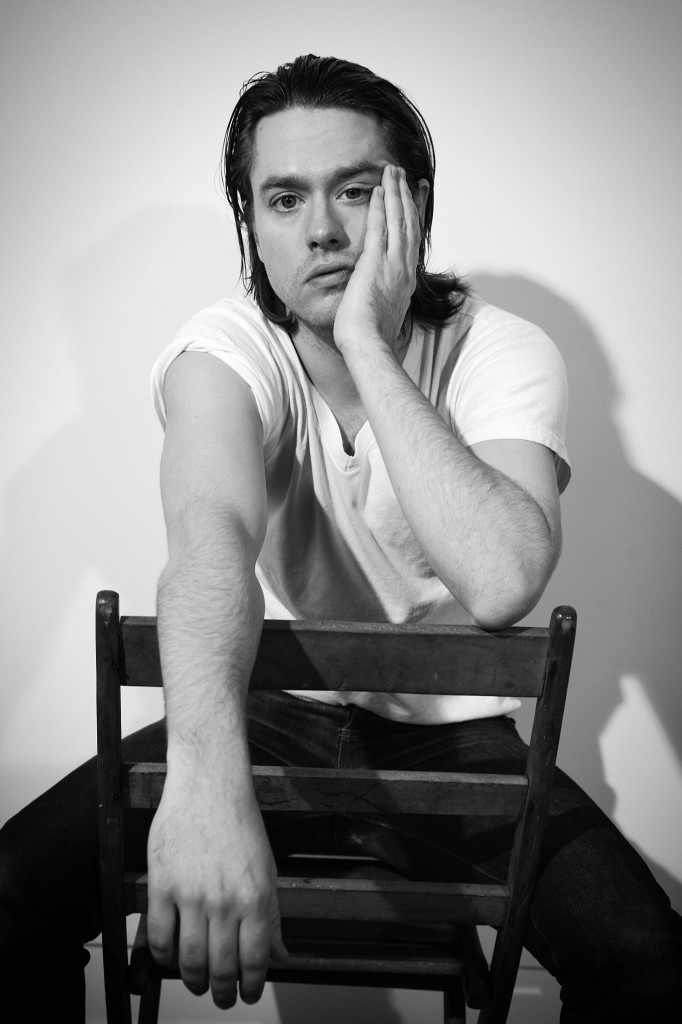 Johnathan Rice returns to the UK on November 25 with new album Good Graces, the first new material from Rice since Jenny and Johnny’s 2010 release I’m Having Fun Now. The new LP features various contributions from the likes of his Jenny & Johnny partner Jenny Lewis, The Watson Twins and Rilo Kiley’s Pierre De Reeder.

Ask him about this new collection of songs, and Johnathan Rice speaks candidly about his attempt to make what he called “healing music.” “Some people really close to me had been going through an exceptionally rough time, therefore I was going through a rough time,” he admits.  “People that I love very much were struggling with extreme darkness. Thoughts of suicide and deep hopelessness. Fundamental questions like: ‘do I want to be here or not?’ That absolutely informed the writing of this record. It wasn’t about exploring how difficult and dark things were and lamenting the situation. I tried to heal myself and the people around me with the music. It was about finding the frequencies, the melodies, and the words that would help. That was in the front of my mind.  That was the best I could do for the people I love the most.”
Before commencing work on what was to become Good Graces, Rice crossed coasts, leaving his Laurel Canyon home for a friend’s New York City abode. Having just wrapped up a year of touring the world behind his collaboration with Jenny Lewis—Jenny and Johnny’s I’m Having Fun Now—January 2012 in the Big Apple proved oddly peaceful for the singer, songwriter and producer. It would be his first solo material since 2007’s Further North, having variously contributed in the intervening years production duties on Lewis’ 2008 solo LP Acid Tongue, and work as a session musician on Elvis Costello’s Momofuko release of the same year, and contributing to records like Jonathan Wilson’s Gentle Spirit.  “I had been so busy recording and touring that it was necessary to take a month away from home and write,” he goes on. “It was a conscious choice – I had been exploring writing and making records with other people – I really wanted to return to my own sound, which I feel is clearer than ever. It was time for another solo album.”
Even though Good Graces is unequivocally Rice’s vision, he wasn’t entirely alone. Over the course of seven days, he tracked the album alongside Dawes bassist Wiley Gelber and longtime drummer Jason Boesel at engineer Pierre de Reeder’s Kingsize North Studio in North Hollywood. Rice handled most of the production and guitar duties, but Rice’s frequent collaborator and friend Farmer Dave Scher also added some crucial finishing touches at his studio in Venice Beach—in between night surfing sessions and parties at the cult Mollusk Surf Shop.  In fact, longboard legend Chad Marshall even lends vocals to the surf-rock-noir “Surfer’s Lament”, whilst Rice channels an acoustic Dick Dale sensibility.   Rice’s long-standing obsession with the female voice is further explored throughout Good Graces – the record features major contributions from Jenny Lewis, the Watson Twins and Z Berg.
The sun-specked slacker apathy of lead single ‘Nowhere At The Speed of Light’ is a case in point in Rice’s wish to apply a musical sheen to more troubling lyrical matter; ‘I’ve always loved juxtaposing happy upbeat melodies with darker lyrics. I think the character in that song feels like his life has stalled, and his dreams have lost value’. Elsewhere, the inarguable school-dance sincerity of ‘My Heart Belongs To You’ is tempered by the gruesomely literal accompanying video, which imagines a distinctly macabre fictional take on Beatlemania. The Jenny Lewis & The Watson Twins collaboration ‘Lou Rider’ melds a vocal line which is pure Reed to an irrepressible Low Rider-indebted groove (hence its title), whilst album closer ‘That Summer Feeling’ gently ebbs and subsides with a drowsy Hawaiian sway that is entirely apt.
Everything has led up to Good Graces for Johnathan Rice. Growing up between America and Scotland, he moved to New York in September of 2001. His first solo album Trouble Is Real dropped four years later, and he’d formally arrived. Seeing song placements everywhere from Grey’s Anatomy to The O.C., to the Hangover 2 Soundtrack, he  has toured the world as a headlining artist and also supporting R.E.M., Ray Lamontagne,  Pavement, Belle And Sebastian, Bright Eyes, Death Cab for Cutie, Phoenix, and more. Rice’s achievements extend outside of music, including channeling Roy Orbison in the Academy Award-winning film, Walk the Line.