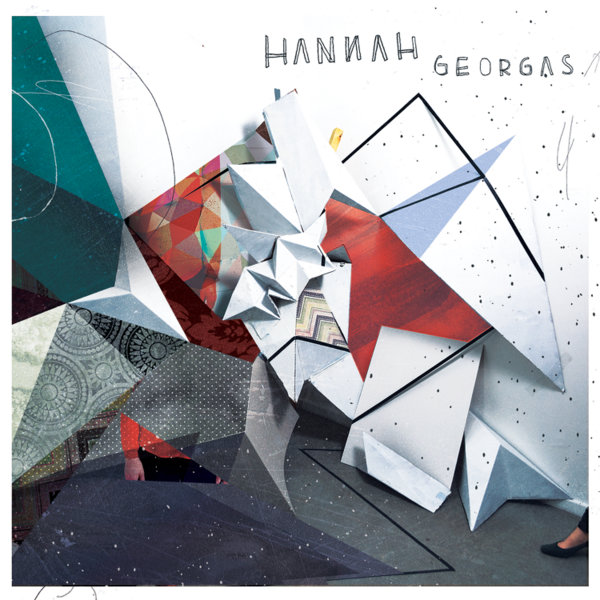 Vancouverite Hannah Georgas returns with her new LP, Hannah Georgas, out in the UK on October 21, 2013 through Dine Alone Records (City and Colour, Monster Truck). Recorded with Holy Fuck’s Graham Walsh, the self-titled album is the follow up to Georgas’ 2010 release This Is Good. Hannah Georgas has earned JUNO nominations in her native Canada for Songwriter of The Year and Alternative Album of The Year, with This Is Good likewise nominated for Songwriter of The Year and Best New Artist. Both albums were also long-listed for the Canadian Polaris Music Prize. Hannah will play several UK dates in support of the new album, including London Servant Jazz Quarters on October 3.

‘I want to press reset’ sings Georgas on her new album’s purposeful lead single, ‘Robotic’ (out October 7). And in a way, she’s done just that. A few years ago, when Georgas was first toting her guitar amidst the Vancouver music scene, she was known for her acoustic leanings. Then, the more intricate production backing the luscious vocals of her nascent recordings led to comparisons to Canada’s most favoured musical export, Feist. But, with Hannah Georgas– heavy on the electronics, but not the electronica- Georgas has found a new means of re-wiring her essentially singer/songwriter sensibility into complex studio soundscapes.

Key to this evolution in Hannah’s sound was the heavy involvement of Graham Walsh, member of Toronto electronica mavericks Holy Fuck, and certified production whizz. Walsh’s magpie approach to programmed sounds forged the eclectic framework to support Georgas’ tunes; “We wanted to make a record where these sounds could come to life and be recreated in a live setting” says Hannah. “I came to Graham with my guitar, and he brought his OP-1, Moog, other synths and pedals, and we jammed, sitting in a room together for almost 3 weeks doing pre-production. Graham was like a scientist, creating incredible sounds on his instruments”.

The resulting album manages to sound both primitive and plush, taking a singular approach to pre-EDM key heavy music. Georgas’ vocal yearning ‘to be re-programmed’ cuts across lead single ‘Robotic’ with palpable emotion, whilst ‘Somebody’ recalls the stripped-down aesthetic of The Whitest Boy Alive, with a sparse, tight groove, undercut by lyrical bite. Alongside the self-definition you would hope for from a self-titled album, here also sits Georgas’ ability to inhabit the narratives of others. On ‘Shortie’ Georgas pitches an elastic bass line and echoed synth chimes against lyrical snatches of RnB attitude; ‘so shortie back up / he’s mine and I want his loving’. Says Hannah; “I was having fun watching really shitty videos on Youtube that were extremely poppy, and I thought ‘I want to write a fun and fluffy pop song’”.

This shape-shifting approach cuts both ways, with Georgas able to glide from tongue-in-cheek come-ons to haunting, emotional head trips with startling ease. ‘Ode To Mom’ sees her directly addressing her mother following the death of her father; “I wanted to dedicate that song to Mom in the hopes of helping her heal and move on”, whilst ‘Millions’ references the moxie which compelled her to originally move 2000 miles away from her family in Ontario and begin her musical career.

If Hannah Georgas’ pulse comes out of heady programming, the ghost in this album’s machine is still very much tender, astute, sassy, and alluringly human.